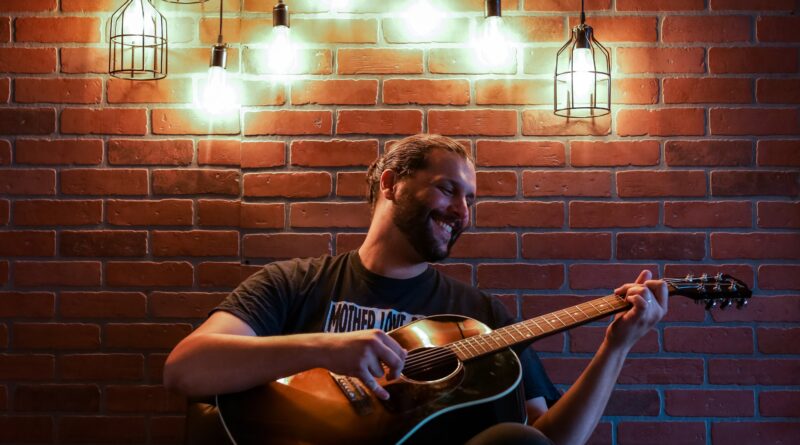 “I’ll Wait On” is a beautiful new musical masterpiece that makes the audience feel the deep sense of longing and enduring hope that a lover possesses for his loved one.

Nyack, NY — Ryan Townsend is an eclectic new musical star who produces singles that create a safe space for the audience. This New-York based singer/songwriter uses his magnetic voice and crisp, upbeat musical tunes to render a sonic brightness and nostalgic nod to the electric sounds of 80’s/90’s roots-rock. The artist’s ability to imbibe nostalgic fervor with modern mainstream musical tunes attracts all types of listeners to his art.

Ryan’s foray into the world of songwriting kicked off with his song “High Street,” which placed in the finals of the 2008 Billboard Songwriting Contest. The star’s musicianship has gained notoriety after years of playing in different bands and sharing the stage with acclaimed musicians like Donna Jean Godchaeux of the Grateful Dead, Leo Nocentelli from The Meters, and Questlove from the Roots. The singer’s music does not only flourish on stage but also rocks on screen. His songs have been featured in the Lionsgate feature film Living Will, and on commercials for PBR on NBC Sports Network.

The hit new release, “I’ll Wait On”, has a beautifully dreamy, melodic base that drives the song forward and has the listener feel like they are on a cloud with each progressive listen. Ryan’s voice soars overhead with a warm twang and a deep gravitas slowly but surely drawing one into this new musical world. This track was produced by Ryan along with Taylor Simpson, who mixed and mastered the song in addition to performing the drums.

The whole song feels like anticipation, as the chorus draws closer the wait for that special someone to finally come back becomes unbearable. Every component in the song, from the driving beat to the progressive guitar tones, works to build up to the bridge. The melody drifts until it is confronted by staccato-like punctuations, followed by an eruption of percussion that invites the song’s climax. At its most powerful moment, Townsend’s voice roars with feeling and desire for the one he has been waiting on, all culminating in a liberation of emotion that is raw yet symphonious.

Stream the inspiring artist’s music on YouTube, Spotify, and on his website at this link  http://www.ryantownsendband.com. Follow the artist’s official social media page on Instagram for updates on newer music. For interviews, reviews, and/or collaborations reach out through this email [email protected]

Ryan Townsend is a New York-based singer-songwriter with a beautifully gritty sound that has echoed through his various solo and collaborative accomplishments. Townsend’s compositions emanate a sonic blend of emotions with heavy influence by the likes of Pearl Jam, Tom Petty, and Chris Stapleton. Spirited guitar work, ambient textures, and his own uniquely fervent voice are what make Ryan’s original and cover music truly his own.

The rising star has brought his acoustic-driven, alternative blend of roots rock music to a loyal and ever-growing fan base over the past 15 years. Townsend is currently working on two projects in production including a new full-length album of original songs due in late 2023 and the album ‘Infinite Acoustic’, which is a live collection of intimate acoustic covers. Ryan remains dedicated to creating soulful sounds and continues to collaborate with passionate musicians who share his appreciation for the craft!