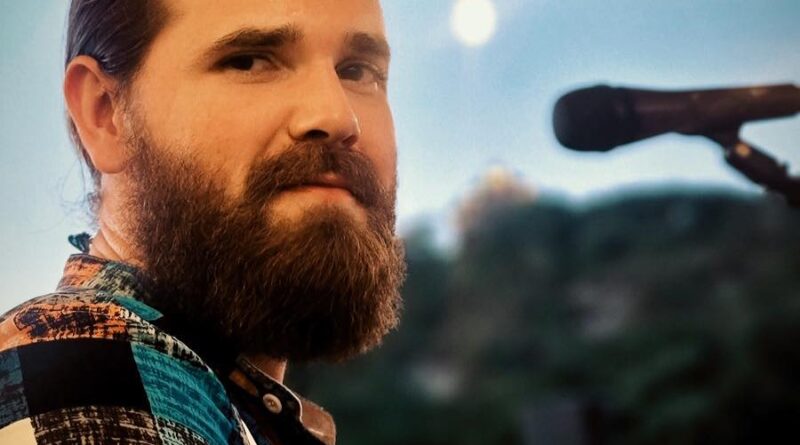 Jeremy Parsons delivers a stunning new listen in the country-industrial crossover “Tickin’,” and while this is a rare combination of aesthetics in play, it doesn’t sound like a one-off experiment. Parsons emits a prowess in his lead vocal that is startlingly adept here, and at times even more evocative than what his major label peers have been turning out in recent years. The pseudo-jaded tone of alternative country is absent from his lyricism, as is the plastic-faceted grooves of a pop-oriented Nashville sound, and in their place, we find a smothering tone and a little bit of modern angst that serves as our segue into a dark landscape where it feels like just about anything could happen.

The poetic verses that line the swaggering beat in “Tickin’” are countrified to no end, but the rhythm that frames them is straight industrial rock without question. Parsons employs a lot of edge in the transition from the swaying opening stanzas into the chorus, and while the vocal is as potent as a twister tearing up the Great Plains with impunity, the other instruments impart just as much energy and emotion in the grander scheme of things here. You could make the argument that, were it not for his country crooning, this would be a lot harder to categorize by genre alone, but at the end of the day I think that the bulk of country fans and alternative rock aficionados alike are going to share the same opinion that I’ve developed – this is a really strong single, no matter which angle you’re analyzing it from.

Within the instrumentation, we find a lot of underlying textures that give the lyrical lashings more of an emotive context than they would have otherwise possessed. It’s a refreshing change of pace from the vast majority of new country tracks that I’ve reviewed in the past couple of months, which by and large have tended to lean more heavily on the bittersweet serenade of a talented singer than they have sheer sonic force. Jeremy Parsons presents us with a sound that is riddled with duality and full of untapped potential in “Tickin’,” and if it’s any indication of the direction that he is planning on taking his career in, then I think it’s safe to say that he’s going to see a lot of success as time goes by.

He’s making a lot of waves on the scene, and there’s no disputing that Parsons is acting like an old pro who knows his way around the studio in this new single. Though there are a lot of elements to his style of play, what he offers us in “Tickin’” contains a significant amount of lyrical and instrumental substance that any true blue alternative country fan would be foolish to dismiss. Without a big budget bankroll or a multimedia publicity campaign, he’s nevertheless managed to draw a lot of attention with this track, well ahead of its release I might add, and has effectively stirred up even more excitement about his future works as they likely stand to be just as inventive as this latest release is.