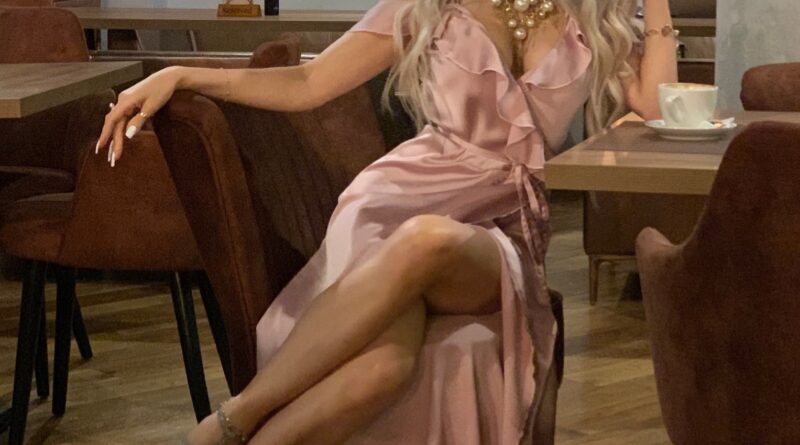 Zanna Record, the international Record Label by songwriter Music Producer Gianluca Zanna, is all set to reach new heights with Nadine as their music video star.

Miami, Florida — Zanna Records is Gianluca Zanna’s labor of love. It is a new up-and-coming musical enterprise that believes in creating unforgettable songs inspired by real-life emotions. In this sense, the rising star is known for creating musical symphonies and catchy commercial songs that have the potential to be top-chart hit singles. Zanna realizes the true power of music in ensuring that everyone has a for-sure escape in times of immense turmoil.

Recently, Zanna Records has most amazingly managed to cement a professional collaboration with Belarusian Model and Actress Nadine, also known as Nadezhda Bokhan. This International Model works between Paris, Milan, and Dubai and is quite well-known due to her artistic capabilities. Nadine is also the winner of 1st Queen Mrs.Eurasia and is now also a TV Producer based in Minsk Belarus. Gianluca is ecstatic to have Nadine as the official model representing his music through her image and personality around the world.

Zanna states: “At Zanna Records, we believe that music and friendship between people of different Nations will not be stopped because of economic or political restrictions caused by governments and their wars”. Nadine will be featured in the coming music video “The Other Side of My Heart – Nadine” and the new music video of Gianluca Zanna’s hit song “Nadine” arranged by classical Italian pianist Tony Neiman,  mixed by Award Winning Multi-Platinum Mixing Engineer, and Music Producer Brian Reeves.

Stream the inspiring artist’s music on YouTube, Spotify, and his website at this link  https://www.gianlucazanna.com/. Follow the artist’s official social media page on Instagram for updates on newer music. For interviews, reviews, and/or collaborations reach out through this email [email protected]

Gianluca Zanna’s musical journey began in Italy, where he was born in Rome. After what was in many respects an idyllic early childhood near the sea, listening to his grandfather’s serenades, soaking in the cinematic epic musical scores and fantasy in his family’s movie theater, the aspiring songwriter went to a much more sterile and even harsh environment–boarding school.

During his Convitto Nazionale boarding school experience, Gianluca discovered the magic of music–he could fly away to another universe. From that point on, instead of playing soccer, the Gianluca wrote songs–both lyrics and melody. Every spare moment, inspired, the musician found happiness writing his poetry in a special little notebook, filling it with what became lyrics to his songs.

Growing up, Gianluca used to dream of becoming a songwriter and immigrating to America, while listening to many songs produced by Reeves, a world-famous record producer, and sound engineer. Today, Gianluca Zanna is not only a naturalized American but has also met Brian Reeves who has been working actively on Zanna’s songs and is part of the Zanna Records production team!