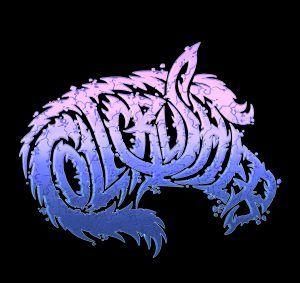 ‘The Plot Sickens’ Out Now

Pittsburgh, PA — Sunday, November 10th, 2019 — Pittsburgh-based progressive/alternative metal band Blue Clutch has finally released their debut album Silent Oblivion. Their sound has stood out in Pittsburgh, and now they are ready to be heard and stand out worldwide.

Silent Oblivion has been released on all major streaming platforms on October 4, 2019. Since their start in 2016, Blue Clutch has been cultivating a sound that radiates craft, musicianship, precision, and a tasteful blend of progressive and alternative metal with rich female-fronted vocals. Silent Oblivion will surely grab the attention of hard rock and metal listeners as well as listeners of other genres due to their own personal touch and genre-blending.

“Fab record, thanks for sending the album, I found the music catchy, heavy, bombastic, complex, energetic, and experimental, with a diverse technical progressive metal vibe lots of character and spirit w

No Time’s “Wasted” With Smoke And Shadows 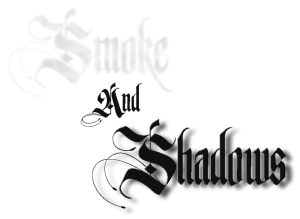 Carson City, Nevada – November 5, 2019 – This year has seen Tim Alan take his band, Smoke and Shadows, to new heights with a trio of singles that take fans back to the

Cape Coral Fl, — Friday, October 4th, 2019 — Father & son metal duo, DIZYGOTE release live EP, “Live in the Dark” on the ART +Science Records imprint. In 6 short months the band has toured around the Southeast US, blowing audiences away with their walls of riffs, great hooks, technical and pounding drums, heady lyrics and unparalleled chemistry. DIZYGOTE are in discussions planning a massive 2020, including the release of amazing new material and extensive touring.

“Live in the Dark” was recorded live in the studio of the internationally acclaimed visual artist, Marcus Jansen and is a companion piece to the two live videos shot on location and produced by Sugarshack Sessions. The EP features a reworked version of “Ghosts of the Lowcountry” from the band’s debut self-titled album and a new song “In Circles” which gives the listener a glimpse into the future sound of the band. The project wa

Manchester, New Hampshire – October 8, 2019 – The past 300 and so days have been a whirlwind for the metalheads of Sepsiss, but they have just announced they have so much more in store for 2020. From Glen Robinson returning, a new LP, and a national tour. It’s about to be the year of Sepsiss.

Alternative model Melissa Wolfe has been providing the clean vocals alongside William Savant for almost a decade now. She spent this year crushing it on the press circuit hitting up every radio station and podcast she could this past spring. Truly putting herself and the band out there as they geared up for what promises to be their most dynamic year yet.

They’re heading back into the studio with Grammy-nominated producer Glen Robinson and come 2020 they’ll drop their highly anticipated album, 11/11. Along with the album, Sepsiss will em

Crestline, California – May 10, 2019 – Ukraine is fighting for its life. You can see it on the news coverage of the battles in the country’s Donbas region that have claimed over 10,000 lives in 5 years. You can feel the visceral anger from this unrest through experiencing the region’s distinct and crushing metal, often epitomized by innovators Jinjer (who just wrapped up a stateside tour with Devil Driver). Creeping up behind the beloved old guard is Vovkulaka (Ukrainian for werewolf)—a four-piece band that packs a brutal modern metal onslaught replete with rousing anthemic choruses, and a disquieting penchant for the occult.

Vovkulaka’s darkly cathartic metal conjures tribal spirituality, dubstep, goth, industrial, and a myriad of permeations of thrash and nu-metal. Other aesthetic signposts include the rhythmic onslaught of Slipknot, the engaging spectacle of Babymetal, and the crushing groove metal of artists like Korn, Pantera, and Rob Zombie.