By artistpr 5 months ago

Atlanta, Georgia – July 8, 2020 – Some genres define a period, like Disco for example. It thrived in the ‘70s and has since fell by the wayside. Jazz however, while not the mainstream juggernaut like hip hop and rock, still has this timeless appeal that speaks volumes to fans of genuine music. Music created with a purpose; music that has a soul. That is the type of smooth jazz Kenny Nightingale is creating and has delivered once more with his latest single, “Coltrane To Montgomery,” available now on all major music and streaming platforms.

The type of jazz Kenny Nightingale constructs paints pictures of metropolitan elegance from the press of play. Such is the case with his latest 2020 release, “Coltrane To Montgomery.” His saxophone ways deligh

Locust Grove, Georgia – May 22, 2020 – There is nothing as freeing and invigorating for jazz artist Solex than driving. So much so, it was the basis and inspiration behind his 2020 release, ‘Smooth Ride.’

16-tracks deep, ‘Smooth Ride’ is what you’d expect to hear driving up and down the coast with the water on one side and the rest of the country to your other. The title track kicks things off with perfection, and it only gets better from there as “Make Yourself At Home” brings sensual notes to the table, while “Can’t Compare” delivers music that serves R&B, radio-ready realness through and through. Blending wonderfully constructed smooth jazz with classic, soulful R&B, ‘Smooth Ride’ is guaranteed to be a fan favorite among those who live for soul 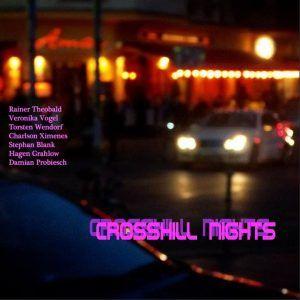 It has been several years since Gerry Smoot released a new album. Just For You had to hold fans over for some time, but now he’s back and still going strong with the release of The Inquirer. 15 tracks deep, his third album presents a myriad of jazz wonders fans of Brian Culbertson and George Duke would appreciate. Songs such as “The Announcement,” “Dressed to Impress,” and “Living the Crazy Life” showcase such variety from this talented maestro of jazz who has been working on his musical endeavors for what seems like forever.

His fingers first touched a keyboard when he was only two-years-old. By the time he was nine, he had taken on his second and third instruments; drums and bass. A few

Susie Butler’s “Susie Sings Sarah” is a look back at a great time in music,

Jazz It Up with J Shmoove P.

Smooth Jazz is the game and J Shmoove P. is the name of the man

Jazz It Up with Mikael

Hear that jazz flavor coming out of West Palm Beach, Florida? Well you might be