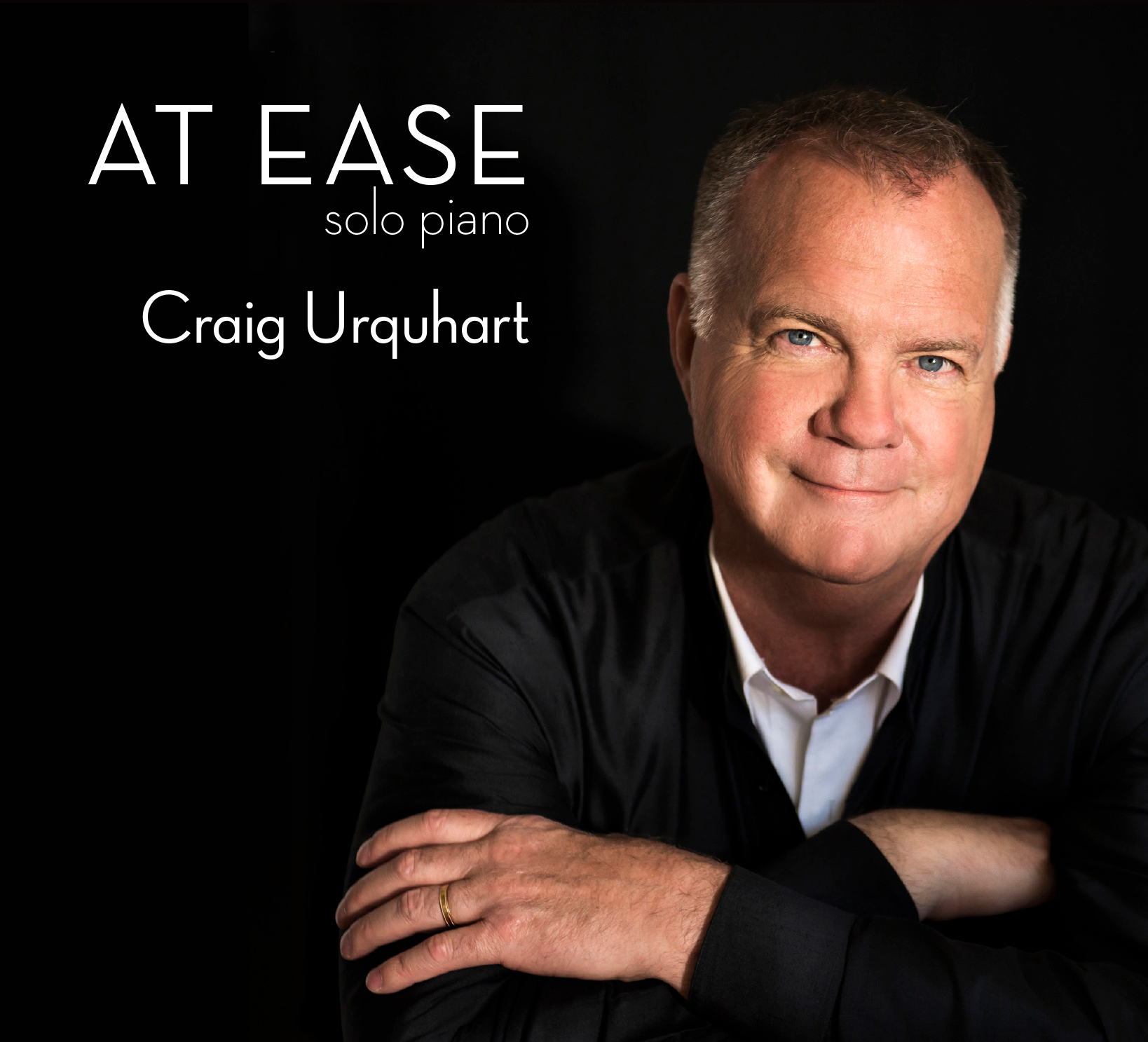 Berlin, BERLIN – AT EASE, is a continuation of Craig Urquhart’s lifelong exploration of what solo piano music can express emotionally through tonal harmony. This is Craig’s 11th album of original solo piano compositions performed by the composer himself.

The music in this collection was composed during 2020, a year overshadowed by COVID-19 and political turmoil. Craig, a classically trained composer/pianist, draws on the inspiration of the great composers for keyboard — Bach, Chopin, Schumann, Brahms and Debussy — as well as many others, including 20th Century singer/songwriters Joni Mitchell and Lara Nyro, and creates a new form musical poetry that emphasizes music as a form of healing. Leonard Bernstein wrote of Craig’s music, “his tonal approach is not merely ‘sincere’, but generally moving with a private beauty of its own.”

Craig said: “I believe that music can heal both heart and soul and make us all better people, by experiencing joy, sadness, longing and emotions that can be conveyed through sound. So why AT EASE? Believing when things are out of one’s control, it is best to be informed but not infected. It is time to take a deep breath and be at ease with one’s self.”

The nine tracks on this album reflect Craig’s philosophy.

The first composition, PASTORAL was written for Craig’s brother as a 70th Birthday present, reflecting easier times when childhood brought a sense of security and peace. LAMENTATION, written In Memoriam: Jutta Grafin zu Reventlow, a long-time friend and inspiration, expresses the sadness one feels when losing a friend, but also honors a life well lived.  The title track on the album, AT EASE, is about acceptance and the realization that there is much to be grateful for. SOARING SWALLOWS represents Craig’s comfort, spending many evenings on his Berlin balcony with a glass of wine, watching as the sun goes down as these graceful birds fly free “above the fray.”

SMOOTH SAILING reflects the comforts and quietude of sailing through life with a nostalgic remembrance of when life was simpler.  WINTER OCEAN is a reminder that life continues and even in dark times life can have a beauty.  ARRIVAL celebrates the joy of attaining inner peace and the embrace of a friend.  ADIEU is a goodbye to the past year: the many friends lost to disease, and the loss of political innocence.  In the end, we come home and are able to sit BY THE FIRESIDE, sharing our common hearth, safely with family and friends.

“[Craig’s] music reaches through the invisible walls with an immeasurable sense of peace and beauty.”
Richard Mauro, Sacred World Music

Craig’s passion for music began when he first saw Leonard Bernstein’s Young People’s Concerts on television. After looking up to the music legend for years, he had the great fortune of meeting the Maestro in person and eventually took a position as his assistant. This sparked a close musical relationship which influenced Craig’s work and encouraged him to write music from the heart.

Craig’s compositions are not written to simply fill the page with notes – they are carefully constructed to deliver a rich experience to the listener. Claiming a space completely separate from the New Age genre, the classically trained composer and performer delivers fine-tuned elegance crafted with minute attention to every detail. In the words of the late Bernstein himself, Craig’s music “has a deceptive simplicity and honesty that is rarely to be heard in contemporary song-writing.”

Craig’s music can be found in a wide variety of productions. His music was featured on the soundtrack for the 2010 Berlinali Teddy Award Winning film, Postcards to Daddy. Craig also contributed the first movement of a secular Requiem based on the words of poet Jackie Kay, commissioned for World AIDS Day to benefit Mission Malawi.: The Moon, My Man and I. The Halle Orchestra and Chorus premiered this work conducted by Sir Mark Elder.

In addition to his film scores and piano solos, Craig has written numerous art songs – music set to the lyrical work of great poets. His album Secret and Divine Signs with tenor Michael Slattery received significant praise, including Five Star ratings from the BBC Music Magazine and FM Classic Music Magazine. Through his art songs he has collaborated with a wide range of vocalists, including world-renowned tenor Thomas Hampson.

Craig has recently completed 12th album, At Ease.His recent composition Remembering Lenny paid tribute to his dear friend and mentor. The composition received wide praise, with Adam Gopnik of The New Yorker writing “When we listen to a piece as beautiful as Craig Urquhart’s Remembering Lenny, what we hear is the musical articulation of (Leonard) Bernstein’s deepest values.” Craig resides in Berlin, Germany but travels regularly for performances across the world.