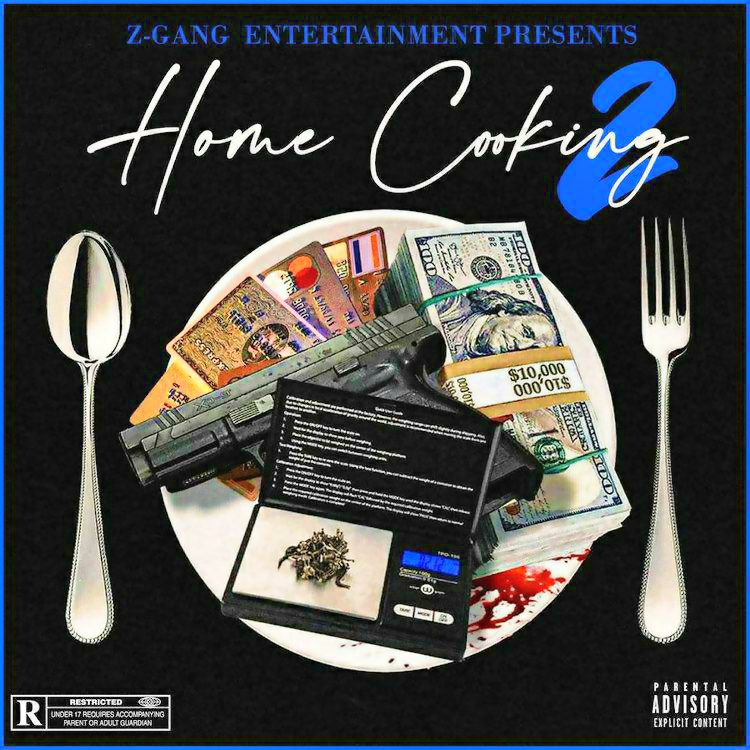 Driven to use his musical talents to highlight the realest and rawest aspects of life, Rap Artist and Songwriter Z-Gang is making a name for himself in the captivating realm of Hip Hop and Rap, with new album “Home Cooking 2”.

Chicago, Illinois – May 21st, 2021 – An up-and-coming force in the world of Hip Hop and R&B music, Z-Gang is a fresh new face who is set to soar. Making musical compositions that break away from the norm to highlight the raw truths of life, Z-Gang’s new music sets him apart from mainstream Hip Hop artists. Showcasing themes of real life in his music, Z-Gang is now set to captivate once again with the release of new album titled “Home Cooking 2”.

Slated for release on May 28th 2021, the new album will reflect the artist’s finest work, as he collaborates with main stream Artists such as The Queen Of Drill  Female Rap Artist Katiegotbandz and Talented Female Singer Matisse Love. His singles, such as “Left, Right” and “Lately” depict a stunning blend of Hip Hop, accentuated by the artist’s vocal strength and range. Z-Gang is inspired mainly by his family and kids, and is motivated to keep diligently working towards his goals and dreams.

Check out Z-Gang’s new music and learn more about him on the links below and/or reach out via the contact information for interviews, collaborations, or promotional access.

Tommie Brock, known by artist name Z-Gang was born and raised on the south-side of Chicago. Always part of the hustle, doing freelance work, Z-Gang was always fascinated by the dynamic power of Hip Hop music, making it his personal mantra. Finding music to be his calling, the young artist began to perform and write music at the age of 14, considering it a channel to stay away from the depths of gangs and drugs.

The Rap Artist faced several struggles growing up, and had considerable trouble trying to get his career to launch, and caught amidst the hustle of recordings, labels and music. At 18, Z-Gang lost a close friend to gang violence, and was himself incapacitated after a serious accident. However, putting his life back on track, the rising artist made a much-awaited comeback in 2020, starting his own independent record label “Z-Gang Entertainment” and his own clothing line “Z-Gang Wear/Polar Bear ZG” and “Lady Zillionaire Clothing”. With the release of his new album titled “Home Cooking 2” in 2021, Z-Gang is confident that this is the next best thing in the world of hip hop and R&B.