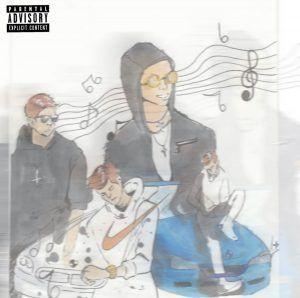 Pittsburgh, Pennsylvania – May 13, 2020 – Beggz is proud to announce his new single, “Venomous Lies,” will be dropping soon.

Many musicians find music early in life, and Beggz is no different. He was only a mere three-years-old when he discovered music moved him in ways other outlets just didn’t. For years he was just a fan. Taking it in, allowing it to comfort him when nothing else could. That was up until three years ago when he decided it was time to stop listening and start creating. Since then he’s released one album, 2019’s ‘Money Talking,’ and a plethora of singles. Which will soon include this year’s “Venomous Lies.”

What music has done for Beggz in the past as a fan, and now as a musician, has eased his mental state. As someone who has battled depression and reached the lowest of lows in his own life, Beggz wanted to create music as a way for not only himself to cope with the reality of depression but to also help ease the lives of others out there in the same boat. He notes, “Coming from a dark state of mind and being depressed for quite some time, my main goal is to provide music that can be used as a way to help those battling depression and tough times ease the pain.”

Those interested in adding new hip hop to their playlists, premiering or featuring “Venomous Lies” on their site, or interviewing Beggz on their site, podcast, or radio show can reach out via the information provided below.

About:
Beggz has announced his next single. Be on the lookout for “Venomous Lies,” out soon.