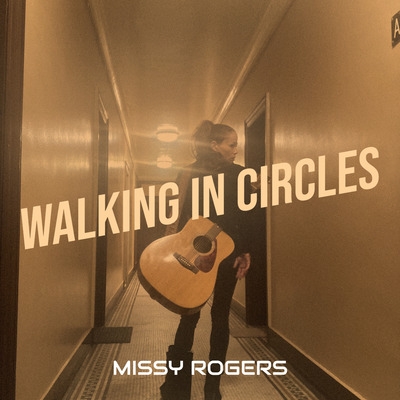 With her stunning new Pop single, “Walking in Circles”, artist Missy Rogers sheds light upon the power of feelings and finding meaning through spirituality.

New York, New York – November 22nd, 2021- With the release of her stirring new single, “Walking in Circles”, Missy Rogers presents a blend of authentic rhythms and impactful song writing, captivating listeners with her exciting compositions. The dynamic new single has been penned down by the artist and marks another exciting composition by the artist who is driven to beat all odds between her and success.

“Walking in Circles” explores pertinent and moving themes of feeling lost and finding oneself through life’s complexities and intricacies. Produced by Dean Miller, the new single will be a favorite among listeners of Pop music, showcasing a range of emotions that are associated with life and love. A scintillating track, “Walking in Circles” was recorded both in Nashville, Tennessee and in Brooklyn, NYC.

“I wrote this song in the beginning of the pandemic and it’s a song about life and love, essentially about feeling lost and finding one’s own inner strength,” says Missy Rogers regarding her new track.

Acknowledging that often in life we are pressed with the feeling of going in circles, Missy Rogers touches upon the idea that you can never be at the same point in life that you once were, because “while life is cyclic, i.e., the cycle of life, the soul is always at a higher level”.

Listen and buy Missy Roger’s new single, “Walking in Circles” on the artist’s official music platforms on Spotify and follow the artist on Instagram and Facebook. Stream the music video on YouTube, and purchase/download the single on iTunes and Apple Music.

A talented singer-songwriter who is driven to alter the face of Pop, Missy Rogers was born in New York City. Having been making music for a while, the seasoned artist started out in musical theater as a child, and was part of different bands and musical collectives, before eventually taking flight as a solo artist.

Trying her hand at diverse musical genres, Missy Rogers firmly believes that music is one of the most powerful things in the world. She considers music to be the one thing that brings people of all races, creeds and religions together, and with her immersive musical compositions, hopes to create music that brings people together and makes people feel raw, burning, and real emotions. With her newest release, “Walking in Circles”, the artist is opening herself to new opportunities, doorways, and possibilities of excellence.