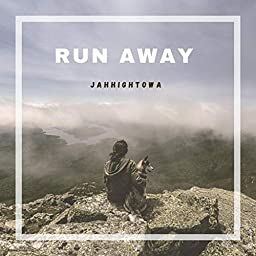 Miami Gardens, Florida – May 13, 2020 – Jah High Towa is on a roll this year. In March he released ‘2020 Banging,’ and he’s already back in the driver’s seat with another with May’s ‘Run Away.’ Both deliver peak reggae vibes that give audiences pristine performances from start to finish.

‘Run Away’ serves up a baker’s dozen of tracks that deliver those constant island vibes reggae is known for. Jah High Towa is at his best from the press of play as songs like “Fly Away,” “Good Old Friends,” and “What Am I Smoking On” give way to a great listening experience. Again, ‘Run Away’ is Jah High Towa’s second release this year. It and ‘2020 Banging’ are his first releases since 2015’s ‘Garage Band Mixtape.’ It’s obvious that during then and now Jah High Towa was penning such an array that when it came time to release new music – he had to put out two whole albums.

Jah High Towa was born Stenneth Scarlett in St. Catharine, Jamaica. Hailing from the homeland of reggae, it was hard to ignore its impact. By 10-years-old Jah High Towa had found his voice, and several years later started realizing his way with words. Today, he likes to work with young producers like Train Line Records and One Lynk Productions on his music. He’s always interested in collaborating with new talents be it, artists or producers.

Those interested in adding new reggae to their playlists, reviewing ‘Run Away,’ interviewing Jah High Towa on their site, podcast, or radio show, or those interested in connecting with him in the studio can reach out via the information provided below.