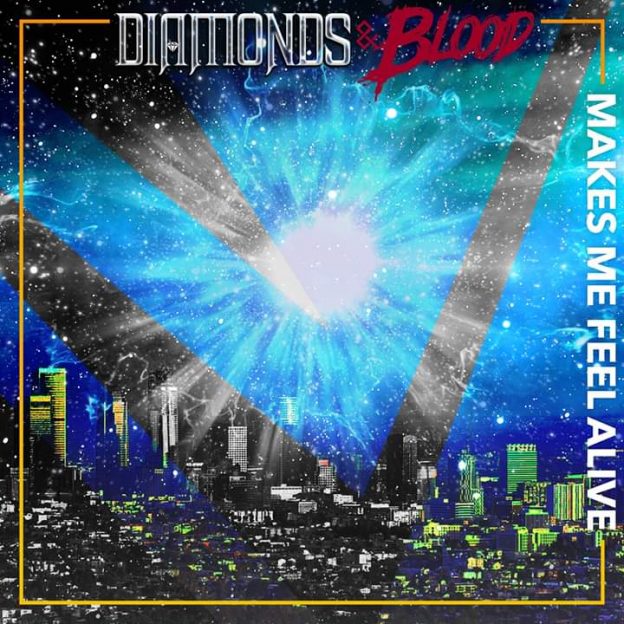 Los Angeles, California – June 11, 2020 – There has always been a passion burning inside Diamonds And Blood’s Taylor Diambrini. A passion constructed around art and sound. With that, he started creating many moons ago and since then has worn said passion on his sleeve. First with “Makes Me Feel Alive” again with Broken Man,” and soon enough with Diamond And Blood’s self-titled debut, out soon.

Diamonds And Blood’s debut is a long time coming. Years of various projects, sweat, and determination have culminated into this upcoming release. It is due out soon, but fans near and far can get a taste of what is to come thanks to the single, “Broken Man.” It’s like taking a step back to the hottest day of summer during Warped Tour as various styles ranging from pop-punk to metal find one another underneath the sun. Had the summer festival still been around, we’d likely hear Diamonds And Blood sharing the stage with the likes of Asking Alexandria and Avenged Sevenfold as Diambrini rocked it out and the crowd thrashed into one another during “Broken Man.”

With a father that doubled as a music teacher, it wasn’t a surprise to anyone when Diambrini picked up the guitar and showed promise as a child. His love of the Blues and Motown inspired his hands at first, but as his teens rolled around he was moved by the pulsating ways of metal and modern rock. He spent the rest of his adolescence playing in various bands around the San Fernando Valley until he was 19. It was at that point he pivoted from indie to electronic for the next several years. In recent years he decided it was time to return to the rock and thus the foundation of Diamonds And Blood was set. Now the band is ready to rock it out with the release of their debut, ‘Make Me Feel Alive.’

Those interested in adding new rock to their playlist, reviewing ‘Blood And Diamonds’ when available, or interviewing Diamonds And Blood for their site, podcast, or radio show can reach out via the information provided below.

For more information on Diamonds And Blood, please visit: https://www.facebook.com/BloodandDiamonds

About:
Diamonds And Blood announce the self-titled debut will be dropping soon, but fans can get a taste of what’s to come with the latest single, “Broken Man.”