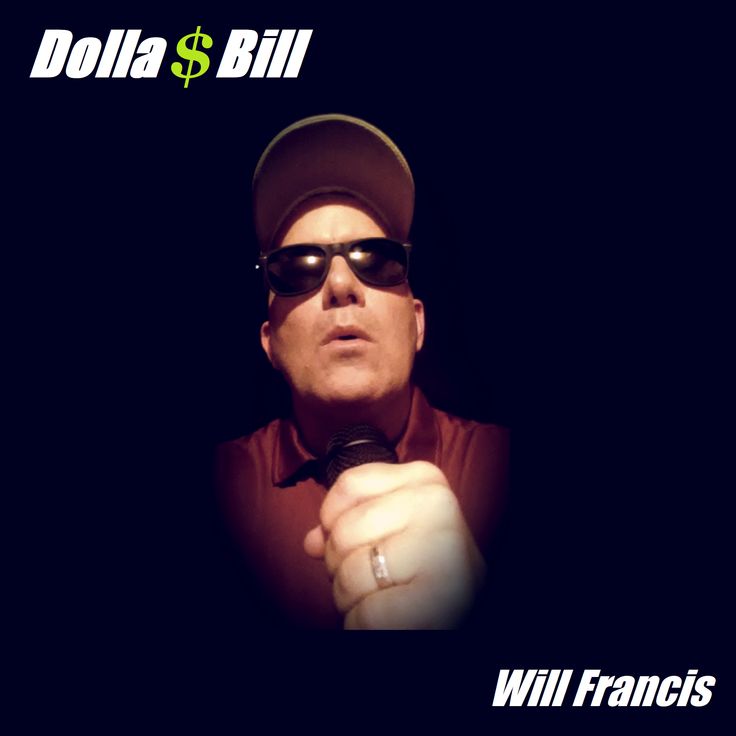 Clayton, North Carolina — Monday, March 9th, 2020 — Dolla Bill – Will Francis is an artist from Clayton, NC. He does original music from rock to hip hop. Currently, he is releasing singles and building a catalog. His latest project is a compilation of rock tracks for album/EP “Shades of Green.” He is actively promoting singles “Turn the Screw,” “Messin”(with You), “No One to Blame” and the introspective “Wait for You” on radio/social media.

Dolla’s music has been featured on radio, blogs and playlists. His music is available worldwide. Dolla Bill tries to focus on quality, creativity and his music is real, straight up, smooth, energetic, composed and got some grit.

He got the nick name or a.k.a. “Dolla Bill” from a co-worker friend that turned him on to freestyling and filling in as an MC. These sessions were spontaneous and quick rapoffs that showcased rhyme, flow and some good compliment. What makes Dolla’s music unique and interesting, is his deep voice, lyrical composition and song structure.

Over a period of time, Dolla evolved as a composer with emphasis on lyric writing and song structure. This was the beginning of what became the journey or process of becoming a songwriter and finding his true voice. He has been writing and performing rock/hip hop music for about seven years in North Carolina. Some of Dolla’s musical influences are but not limited to Kendrick Lamar, Fat Joe, Remy Ma, Eminem, Biggie, Dre, Dime P, Billy Joel, Jim Morrison, AC DC Bon Scott and Jim Croce.

Dolla Bill continues to write, record, produce and promote his music through various media channels. The creative, composition and pen-to-paper approach are still his favorite parts of the songwriting process. During the production stages, Dolla realized no two songs are the same. They have different DNA or blueprints. Furthermore,  he understands that there is no one-size-fits-all or cookie cutter formula during the production stage of his songs. Each composition has a life of it’s own.

Check This Out…Something For Everybody

Dolla Bill does original music from rock to hip hop. He tries to focus on quality, creativity and his music is real, straight up, smooth, energetic, composed and has some grit. What makes Dolla’s music unique and interesting, is his deep voice, lyrical composition and song structure.