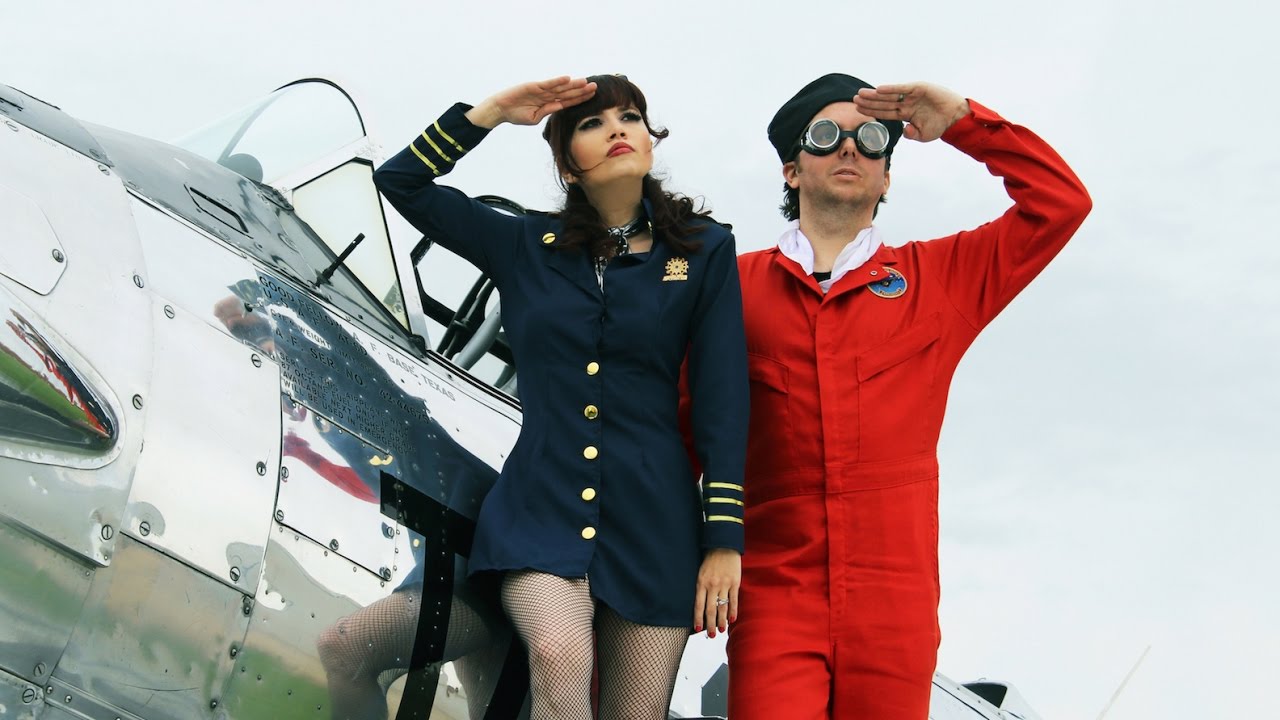 Hailing from the somewhat unlikely locale of Oklahoma City, Oklahoma, Allan Vest and his wife Barb Vest have produced one of the most challenging and intelligent offerings on the indie scene this year with the album The Moonlit Fables of Jack the Rider. The lead off single from the album “Frucus Minus (The Flycatcher)” doesn’t, by any means, reveal the full breadth of their potential – it does, however, give listeners a vivid idea of their capabilities, engages audiences both physically and mentally, and proves to be an entertaining musical ride. Allan Vest certainly enjoyed ample time to polish his skills for this moment thanks to his nine year tenure as lead singer and chief songwriter for the indie/orchestral pop outfit Starlight Mints, but there’s an intimacy with this performance that’s much different from his earlier work. “Frucus Minus (The Flycatcher)” has enough of the individual, odd, and familiar to make it an all-around compelling cut.

The propulsive force of the drumming, its boisterous recording, and the omnipresent bass make for quite a musical partnership. Bringing Allan Vest’s distinctive guitar playing into the mix further peppers things – he has a wild variety of sounds and seems rarely content to pursue the same musical ends each time out. There’s a slightly helter skelter quality to the song – it sounds like it could potentially veer off the rails at any moment and this hint of near chaos gives the performance a charge it might have otherwise lacked. It takes musicians of considerable discipline to conjure this suggestion in their material without unintentionally making it reality. Much of the success in such a feat comes with the song’s transitions – doubleVee spins through a wide array of textures without ever going off track. The confidence of such an approach comes through in every bar of the arrangement.

Allan Vest’s vocals harmonize and duel in counterpoint quite well with his wife’s and Barb’s voice grabs snatches of solo singing scattered throughout the track. His phrasing makes what might otherwise be semi-obscure lyrics leap out as performed poetry to listeners – the surprising clarity of his voice ignores clichéd approaches from similar acts emphasizing the oddity or uniqueness of the singer. That’s not needed here. Vest has genuine vocal chops that help carry much of this track in a very charismatic way. “Frucus Minus (The Flycatcher)” has a perfect length for the material, matching many of the other songs on their debut, but it’s quite satisfying how he manages to incorporate a wide variety of musical world into the piece. It’s one of an assortment of factors that make doubleVee identifiable as an act to watch. Allan Vest has made enormous strides since his departure from Starlight Mints and bringing Barb Vest’s talents into play has deepened its quality and heightened the act’s overall potential. This is a single quite unlike anything else going right now and will win over any open minded listeners.