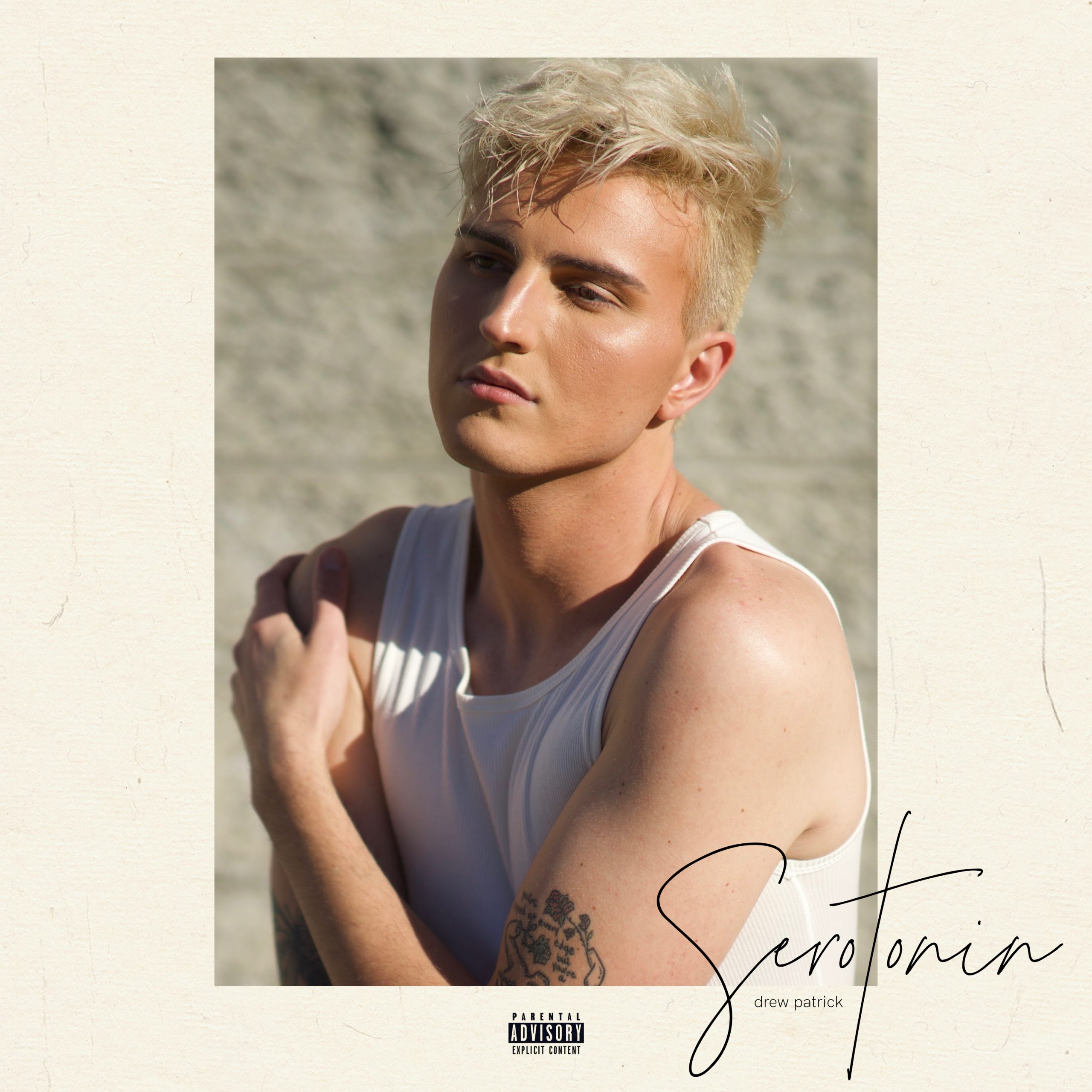 Moved by his own individuality and unique musical outlook, rising singer and song writer Drew Patrick is ready to unveil his stirring debut album, ‘Serotonin’, imbued with unapologetically honest themes, delivered in an upbeat style.

Los Angeles, California – June 28th, 2021 – Unafraid to confront his individuality and his distinct musical inspirations, budding Electronic and Pop sensation, Drew Patrick is on the right track towards success. With the release of his debut album, ‘Serotonin’, which he dropped on June 18th, 2021, the talented artist is making the rounds, with a collection of memorable singles, rooted in a mix of nostalgic, euphoric, romantic, and most importantly, honest feelings and sentiments.

Having independently written and co-produced all 13 tracks on the album, Drew Patrick collaborated with co-producer Mukund Komanduri, while the electric new album was mixed and mastered by Ali “AMAC” McGuire and Sounds of Olympus. Weaving his singles from personal inspirations, the dynamic songwriter strongly believes in narrating moving first-hand stories, no matter how difficult their contexts might be. Juxtaposing complex ideas seamlessly against upbeat undertones, Drew Patrick takes pride in his unique musical styles.

Inspired by his own life trajectory, Drew allows his musical narratives to be authentically impacted by numerous influences, including his sexuality, while making sure he does not fixate on it. The talented powerhouse intends to continue telling stories through the power of music, while connecting with people through his identity- his music.
“I think listeners feel a range of emotions when listening to my music… There is a bit of something for every type of listener. Hopefully, they feel relaxed, confident, or understood,” says Drew Patrick regarding his refreshing new release.

Visit his website to check out/download/ buy Drew’s debut album “Serotonin”. For interviews, reviews and/or other business inquires, feel free to contact him through his email: [email protected]

Drew Patrick is a Los Angeles-based singer-songwriter, who is driven to take the Pop and Electronic world by storm. Moving to LA at the age of 14 to pursue a career in acting, the artist devoted several years to acting endeavors in television shows like “Unusual Suspects” and independent films like “Detained in the Desert” and “Tao of Simon”. However, feeling that his passion for storytelling requires a new avenue, the artist began writing and recording original songs at the age of 16. His first single “We Generate a Spark” garnered him a nomination for Best Dance Song at the 2016 Hollywood Music in Media Awards.

In 2017, Drew Patrick released the EP “Barely Legal” which landed at #23 on the iTunes album sales chart upon debut. The lead single from the project “White Roses” went on to get covered by media outlets like Popstar! Magazine, and featured on Spotify’s “Fresh Finds” playlist. Currently, Drew is looking forward to recording music videos to complement his debut album “Serotonin” which he released on June 18th, 2021.