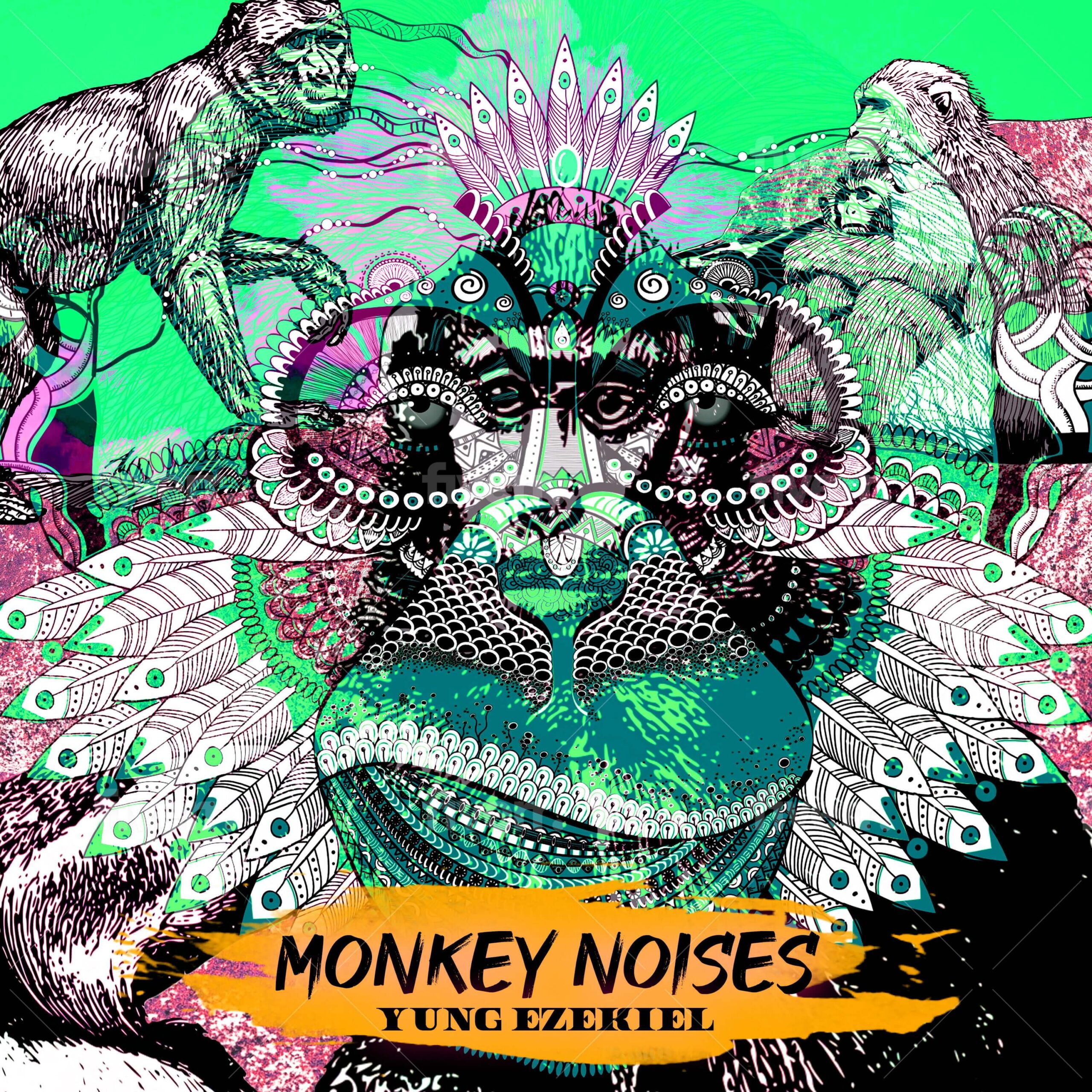 Incorporating both his love of God and his love of music, Yung Ezekiel seamlessly synthesizes varied themes and captivating rhythms in his new track “Monkey Noises”, featuring an explosive, exciting and experimental combination.

Ontonagon, Michigan – August 21st, 2021- In an ode to the ones he loves, Yung Ezekiel is set to create a track which puts on display raw and sensory feelings of euphoria. Depicting a colorful display with his new release, “Monkey Noises”, the artist showcases an admirable experimental breadth.

Inspired by the strength and support from the Lord; Yung Ezekiel’s music pays a deep respect to the meaningful words of Christ, reflected within his music. Believing in the power of music to help us question, the artist uses his music to paint stories through song writing, illustrating tales of love, insight, compassion, and instrumentation.

Dealing with the reality of Schizoid Disorder, Yung Ezekiel considers himself merely a vessel for the music that seeps through him. He remains intent to pursue music full time, expressing his love for music, and his passion to spread the word of Jesus.

A rising act, Yung Ezekiel is driven to craft his own unique position in the world of Experimental music. The budding artist’s discography includes the single, “Monkey Noises (Instrumental)”, and the album, ‘Beans, Bongs, and Being Broke’, which he plans to unveil soon.

An experimental Rap- Electronic producer and artist, Yung Ezekiel hails from Ontonagon in Michigan. Having dealt with mental health issues his whole life, Yung Ezekiel was faced with an array of trials, which ultimately strengthened his faith in Christianity.

Being born in 2001, the talented artist was exposed to plenty of this generation’s great acts, such as Kanye West, Kendrick Lamar, Tyler, The Creator, and others. Always surrounded by the captivating force of music, Yung Ezekiel was always inspired to follow his heart, and grow up to become an original icon in rap.