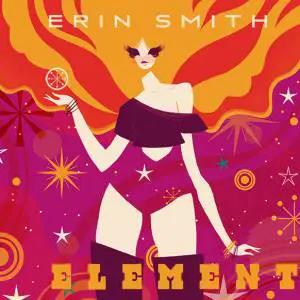 Kaneohe, Hawaii – November 13, 2019 – Riddled with Reggaeton vibes, dance-inspired beats, and a pitch-perfect pop vocal performance, Erin Smith’s “Element” is one of those songs that quickly becomes a fan favorite.

“’Element, (Smith’s) bright and poppy download-only single, brings her solo career as a singer and songwriter forward another notch…She sings with such enthusiasm that the word “element” becomes both a rhythmic hook and expression of exuberant joy. Everyone should feel so good!” – John Berger, Honolulu Star Advertiser

This singer/multi-instrumentalist made waves with the success of her ‘American Boy’ album. Nominated for Na Hokuhanaohano Award, the Hawaiian equivalent of a Grammy, ‘American Boy’ was just the jumping-off point. One that has led her to perform with some of today’s most notable acts including Panic at the Disco, Train, The Fray, Silversun Pickups, Matisyahu, Bad Brains, Ozomatli, Boyz II Men, and many more.

“Erin Smith is a rare phenomenon…Angry, triumphant, growling, vulnerable, angelic and ebullient, Erin Smith dares to dabble in the full range of her potential, demonstrating once again that she is a force to be reckoned with.” – Marnie Masuda, On Maui Magazine

Smith has been voted Best Female Musician on Maui four times, been nominated for Best Rock Band in the Honolulu Pulse Awards alongside her bandmates in The Throwdowns, performed live on the Na Hokuhanoho Awards twice and has appeared on both French reality show ‘Les Anges’ – a show that also featured Kim Kardashian and Snoop Dogg – and appeared on ‘Hawaii 5-0.’

Seeing the negativity going on in the world around her, Smith is inspired now more than ever to put her musical mark on people’s lives with her joyous new single, “Element.” As she put it, “Everything seems so weighted right now, culturally, it feels right to make music that makes people just want to smile and have fun.”

Those interested in adding some fun pop to their playlists, featuring “Element” on their site, or interviewing the Hawaiian-based pop star can reach out via the information provided below.

About:
Erin Smith proves to be a well-oiled machine with her addicting new single, “Element.”