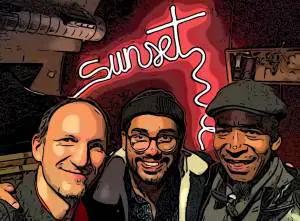 Hungarian, Ferenc Nemeth pulled from folk music rooted in his upbringing as well as classical sounds, electronic, and music found all over the world, including African, Brazilian, Afro-Cuban, Middle-East and Eastern Europe. All of which came together beautifully in a jazz shaped package in the end. Of course, nothing in life is that simple. When creating ‘Freedom,’ Nemeth knew using that title would spark some conversation as the world we live in is ironically encased in the idea of freedom. While we have more possibilities than ever today, Nemeth notes, “There is still racism, hate, there are still wars in some parts of the world, terrorism, people are still suffering and many people simply don’t believe in themselves so they can’t break out of their limiting beliefs.” His travels around the world sparked inspiration and the results flowed from him and into the myriad of jazz that makes up ‘Freedom.’

New York-based today, Ferenc Nemeth was born in a small village with no more than 1,000 residents to its name in Hungary. Music became a part of his life early on, and not too soon down the road an encounter with legendary vibraphonist Dave Samuels changed his course as he encouraged him to head to the US and attend Berklee College of Music. So he did, and like a fish out of water – Nemeth was of course taken aback by his new surroundings but soon found his footing as he connected with his mentor to this day Hal Crook, Gary Chaffee, Bob Moses, Greg Hopkins, John Ramsey, Bob Kaufman, John Abercrombie, and many others. In 2003 he relocated to New York City and began releasing music. Since then he’s released a handful of albums including 2014’s ‘Bridges of Soul’ alongside Attila Laszlo.

Those interested in featuring new jazz on their playlist, reviewing ‘Freedom,’ or interview Ferenc Nemeth can reach out via the information provided below.

About:
Ferenc Nemeth was not alone when it came to his new album, ‘Freedom.’ A group effort was put forth by himself, along with Greg Tardy (sax), and Tzumo Arpad (piano/keyboard).