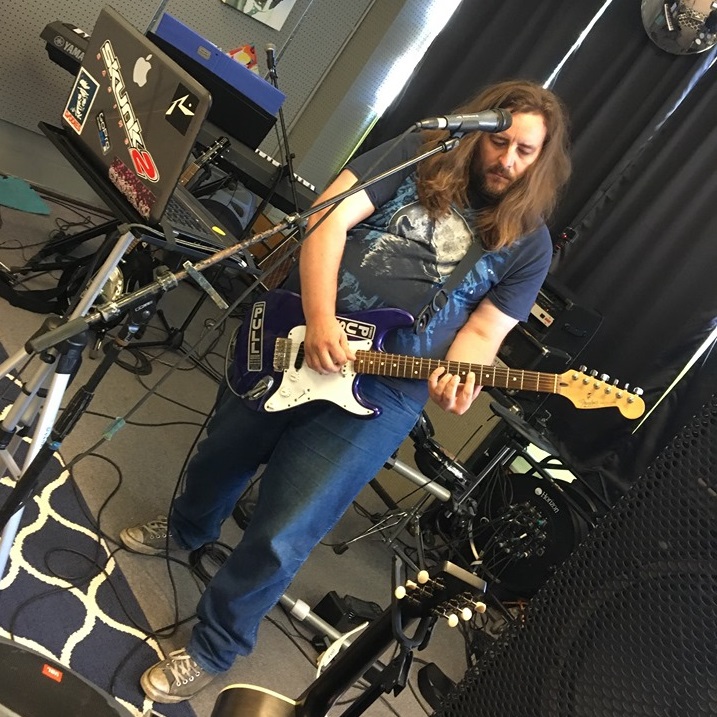 Sheridan, Oregon – August 23, 2019 –Good God Father is fresh off a wild ride that found them playing their debut LP, Chronicles, down the west coast from Oregon to Southern California. Now the one-man powerhouse is focusing on the video for “Baptismal Fount,” out September 22 on YouTube, and recording new music for 2020.

Good God Father comes from the mastermind of Xwan Solo. Working hard to write, arrange, manage, and produce every aspect of the brand that is Good God Father, Xwan Solo is a dynamic powerhouse responsible for the debut LP, Chronicles. Heavy doses of electric guitar pulsate throughout Chronicles as one can hear influences of Smashing Pumpkins and Alice in Chains explode out of the speakers with hints of industrial synth. Songs such as “Cool Kids and Short Kids,” “Feelings and Truth,” and “Baptismal Fount” raise this record to the next level in terms of psychedelic rock and roll. People can hear but also see for themselves when the video for “Baptismal Fount” drops September 22.

After making their official debut in 2017 on stage at the Make Music Day in Salem, Good God Father has been a constant in the local scene performing at Fifty Pub n’ Grub, Eastside Bar & Grill, and the annual X Fest NW in Stevenson, WA where they’re a permanent staple on the lineup. This summer Good God Father set out on the two-week eXtreme Tour that started in Eugene, OR and wound down in Hemet, CA. While challenging at times, those 14 days on the road was a success. Next up, Good God Father will be playing X Fest on August 31, 2019, in Stevenson, WA at 3pm, as well as Veneta Alliance Church on September 8, 2019, at 5pm.

Those interested in adding some new rock to their playlists, reviewing Chronicles, featuring the “Baptismal Fount” video, interviewing Good God Father, or having them out for a festival or show on the West Coast can reach out via the information provided below.

About:
Good God Father is hot off the success of their eXtreme Tour playing their debut LP release, Chronicles. Currently, in the studio, fans are advised to keep an eye out for Good God Father’s next release, I Pray You, which is currently being worked on in the studio right now.