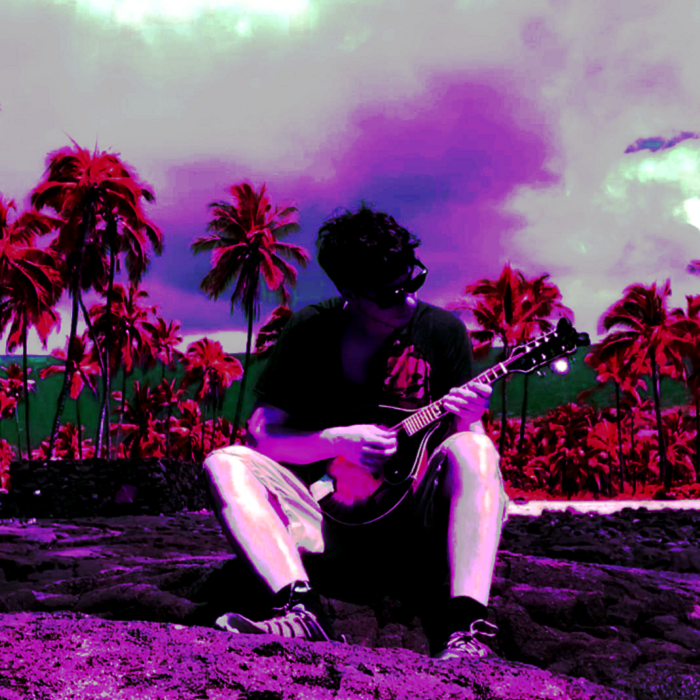 Seattle, WA — Friday, May 17th, 2019 — The Danbury Lie have released Hawaii Mandolin Tour, a full-length album of solo improvisations recorded in parks and beaches throughout The Aloha State. The album, which features a mix of psychedelic and classical vibes (along with some good ol’ shredding), can be heard on all the major streaming services including Spotify and Bandcamp.

Instrumentalist Rob Loncto (aka The Danbury Lie) traveled around the Hawaiian islands for two weeks in February/March 2019 with his mandolin, recording along the way while taking in some of the world’s greatest natural beauty. The result is a unique stripped-down sound that is perfectly suited for meditation sessions or perhaps as background music for a 420 dinner party.

“Hawaii is an amazing place, and it’s great to document my travels with this record,” Loncto said. “The beautiful scenery in places like Waikiki and Maui inspired my playing and hopefully some of those vibes seeped into the music.”

The album’s standout tracks include “Perfect Sunset” and “Waipio Haze,” both of which feature a trippy/mediational motif. “South Point” is a burst of major scale shredding akin to traditional Irish music. “Playing at the Edge of the World” has a nice stoner rock feel, highlighted by waves crashing at Pu’uhonua O Hōnaunau National Historical Park. Witness the live performance on YouTube and you’ll see how the tune got its name.

Hawaii Mandolin Tour follows the release of The Danbury Lie’s “Color Blind” / “Secret Societies” single in January 2019, two fully produced recordings with electric bouzouki as the main instrument along with Moog synth and drums. The Danbury Lie’s recent recordings add a nice touch of eastern psychedelia to its foundation in classic stoner rock, a seamless progression that can be enjoyed by fans of either genre.

Check out Hawaii Mandolin Tour and the rest of The Danbury Lie’s music on Spotify, Bandcamp, Apple Music, YouTube and wherever else you fill your ears with sound.

The Danbury Lie combines eastern psychedelic influences with a foundation in classic stoner rock bands like Pink Floyd, Alice in Chains and Down. The result is a trippy and meditative sound, highlighted by instrumentalist Rob Loncto’s recent experimentation with electric bouzouki and mandolin as the lead instrument.

The Danbury Lie began in Connecticut and over the past several years has recorded albums in Seattle, British Columbia, and Hawaii.