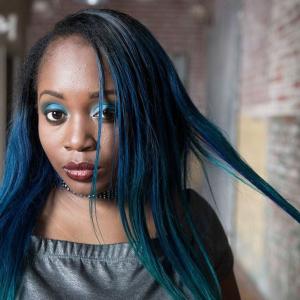 Morrow, Georgia – May 5, 2020 – K Marie got her start in 2018 when she released her debut, ‘I Am Me.’ 10-tracks deep, ‘I Am Me’ set the bar and each and every time K Marie has come out of the gate with something after, she’s raised it and then some. With two more singles to her name, including “Useless,” she is dead set on making her presence known not only in the R&B realm, but around the world.

As a kid there wasn’t a hairbrush in sight that wasn’t utilized as K Marie’s mic as she took the “stage” time and time again in her bathroom. By the age of six, her family heard her natural gift and signed her up for the gospel choir. It was there she learned how to control her voice, perform, and shine. After that, she went on to steal the show at talent shows in both middle and high school. Finally in 2018, all her hard work came fruition with the release of her debut, ‘I Am Me.’

Since then K Marie has dropped two more singles, including her latest “Useless” but is always working on her next move. That includes diving deeper into the acting world. A performer from the start, K Marie just doesn’t want to sing, she wants to be one of Hollywood’s leading triple threats as a singer, performer, and actor. She has already laid down the foundation for two, now she’s looking for opportunities to grow in acting as well.

Those interested in adding new R&B to their playlists, featuring K Marie on their site, interviewing her for their site, podcast, or radio show, or having her audition can reach out via the information provided below.