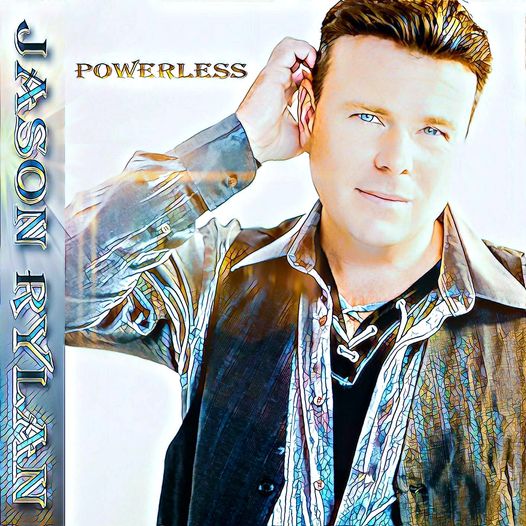 With his fresh and groovy new track that inspire and centre around the genres of Electronic Music and Pop, Jason Rylan is all set to become the next big newcomer from this much celebrated genre with new single “Powerless”

Las Vegas, Nevada– January 18th, 2021- With a stunning new single titled “Powerless”, Jason Rylan is cementing his position as a talented powerhouse who has worked and produced on an energetic new single during the desolate times of the COVID-19 pandemic. A reminder to cling onto hope, the new single will be released on all digital platforms on February 6th and is set to inspire listeners. Written and produced in collaboration with Talbot Snow and having strong backup vocals of Sham Lewis, the song is fitting for the current times and will be featured on an upcoming fourth studio album by Jason Rylan.

Jason hopes that this song inspires people during these challenging times and that people find a little respite or resolve.

While it is said that “What happens in Vegas stays in Vegas”, for Las Vegas-based songwriter Jason Rylan anything he does in “Sin City” is projected to thousands of people on radio channels and online. Jason Rylan is a Singer, songwriter and producer who originally hails from California. The artist is artistically eclectic and has an innate ability to blend EDM, electronica, dance, and pop together with Rock music.

Jason taught himself to play keyboards and guitar by ear with his family helping him as well. As a child he also took traditional lessons for guitar and vocals. He is driven by strong musical sensations such as Madonna, Kesha, and Lada Gaga.

However, his musical tastes don’t stop there and include classic rock acts such as Van Halen, The Doors, and The Beatles. Jason Rylan has released three full length albums that include his debut album Walk Away which he released in 2005.

The album coincided with his business venture with Sky Ambient Productions, a Vegas-based audio visual production company which has helped his ventures.

In 2015, he released his most recent album “The Charm” which exemplified his evolution as a songwriter over the past ten years. He claim that he wanted “The Charm” to be edgy, eclectic, and inspiring.

The Charm showcases hip-hop undertones, a blend of pop, rock, electronica, and dance. Rylan relied on the talents of Talbot Snow, Sham Lewis, Carolyne Scott, and Jedd Boyd to curate and produce this wonderful album which is all set inspire listeners.

With the work and assistance of the dream team of producers and musical sensations, Rylan is ready to ensure that his message of providing motivation and some semblance of peace of mind is relayed well through his stunning musical compositions, which are a collaborative effort.