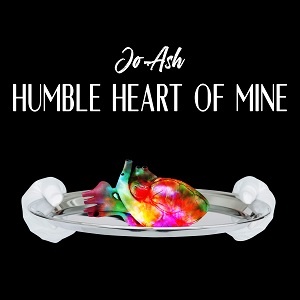 London, Southwark – February 12, 2019 – For some, the life that Jo-Ash has led would’ve sent them down the wrong path but it was faith that kept him afloat. Faith and music. Now he wants to usher some light into the world with his debut release, Humble Heart of Mine.

Jo-Ash notes of his distinctive sound, “I have always been a versatile artist. My sound is a sort of hybrid borrowing from different styles to form its own.” He adds that his short stature and mighty vocals are reminiscent of Prince, saying,  “No one looks like me or sings like me. I have a very old school voice despite only being 26. People have often told me I sound like a woman because of the vastness of my range. I am heavily influenced by Whitney Houston and Amy Winehouse. I think myself and Amy share the same writing style and convey the same kind of pain. People are not used to men baring their emotions like women do.” Wearing his heart on his sleeve, this UK-based artist is as emotional as he is passionate when it comes to all things from writing to performing.

Of course, things weren’t always this way. It took some time before Jo-Ash found his voice. Family hardships landed him in the foster care system at the age of nine. It was then he leaned heavy not only on his faith but his natural abilities when it came to song. Between the interest in opera and his love of Whitney and Amy, he started to develop his own style. One that would soon garner the attention of others. That includes Groove Magazine who did an exclusive feature in their Winter Issue on Jo-Ash.

Leading up to the release of Humble Heart of Mine, Jo-Ash can be seen playing in the UK. With two dates in February, one in May, and others in TBA he is working hard at staying busy until and after the release of his debut. Those interested in featuring Jo-Ash, reviewing Humble Heart of Mine, interviewing him, or having him perform in studio (the UK Only Please), can reach out via the information provided below.

About:
Jo-Ash is a one of a kind pop artist from the UK who just announced the release of his debut, Humble Heart of Mine, for July 2019.