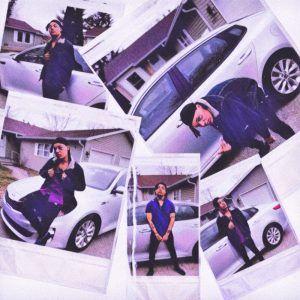 Wyoming, Michigan – April 21, 2020 – Determined to deliver his best self and music each and every time he steps into the booth, Jon Polex is strapped with releases this year, including his latest mixtape, ‘Late Nights.’

‘Late Nights’ is the perfect blend of hip hop and dark trap with additions throughout that give way to an alternative take on the genre with a hint of rage tossed in the mix. Four-tracks deep, ‘Late Nights’ brings heat to the table with “2Am Nights,” “All In,” and the song that pulls it together at the end, “Rage Star.” Jon Polex’s latest mixtape is not his first release of 2020. It follows his EP, ‘4Am Nights’ that dropped earlier this year – and these are far from his last as he plans on releasing more music to rage to as the months progress.

That is just how Jon Polex has always worked. He showed an interest in music at a young age, and at 12-years-old decided that was the only path he wanted to be on. So he got to work, and since then he has become so much more than a rapper and songwriter. Today he is a producer and mix engineer for himself. Doing everything himself, his way results in music that is 100% genuinely Jon Polex. Nothing imitated or duplicated; all original.

Those interested in adding new hip hop to their playlists, reviwing ‘Late Nights,’ or interviewing Jon Polex for their podcast, site, or radio show can reach out via the information provided below.