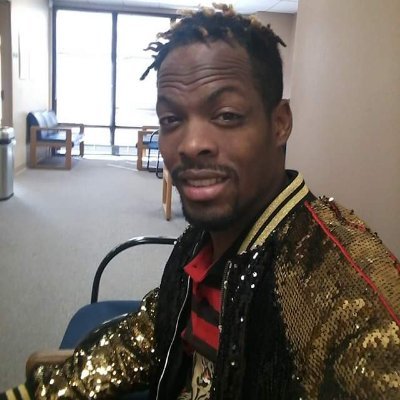 New R&B Star On The Rise

Little Rock, Arkansas – September 17, 2019 – Jonathan Scott came into this world singing, his initial cries at birth in tune. So it was a surprise to no one when he started to work towards his dream of being an R&B singer. Now he’s strapped with his latest single “Let Me Tell You.”

“Let Me Tell You” falls into line with the likes of Bobby Brown and Keith Sweat in that it’s not afraid to get a little naughty with the lyrics. Trading the heartfelt for the more sensual romance, the lyrics are more for grown folks who’ve been there and done that in terms of love. Featuring Kamrion Cruz and Chris Chambers, Jonathan Scott put in the work on this track and it shows.

Performing since he was a child, he got his initial break when he and a friend were chosen to sing the National Anthem on a local radio station in elementary school. That’s when the performance bug bit him. From there he played the trumpet throughout high school and as he got older and started to take in the likes of Brian McKnight, Boyz II Men, and KN & Jo-Jo, he knew what his future had to entail. Music and his fans.

A fan of music himself, Jonathan Scott believes his supporters deserve nothing but the best. He notes, “Fans should feel appreciated when they reach out and show their support for you. They are the reason why I love to do what I do and that is making good quality music for the soul.”

Those interested in adding new R&B to their playlists, featuring “Let Me Tell You” on their site, reviewing the music, or interviewing Jonathan Scott can reach out via the information provided below.

About:
Jonathan Scott is an up and coming R&B talent from down south who is ready to spread his soulful spirit far and wide with his debut single, “Let Me Tell You.”