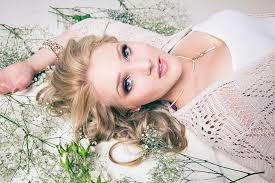 Have you listed to the Radio lately? Is it me or is something horribly wrong with today’s music. Do you remember when music actually had really instruments in them with real people playing them? No kidding. How about good songwriting performed by artists that not only wrote the music but poured their heart and soul into performing them. Now when one listens to the radio what do you hear: a pretty face, cookie cutter songwriting, crafted via a microphone, some fancy sampling and a mix that sounds more like a commercial than a piece of music. Not to mention the subject matter is a bit off kilter and somewhat dark and melancholy. Yes the magic is all but gone from modern-day music, and people are wondering why. Actually there are a few select artists out there that still believe in the power of music.

This new song by Keller “song Like That” is fully equipped with the perfect combination of a well-written song and a talented up and coming vocal artist. Her latest single “Song Like That” was released in 2016 and I have to say I was extremely impressed with the opening few moments. The song overall made quite an impression and me and each second possessed my full unadulterated attention. To be honest: I expected cheesy Sing Songy Pop that was extremely predictable and shallow in nature – very compatible for a mass audience. Well shame on me! What I discovered was actually quite the opposite. The whole song flows so well melodically, and is also wonderfully conservative yet full of what I would call positive energy. The single also appeals to so many different senses on so many different levels. Keller reminds me of Marisa Monte, and Melanie C but can also hear the slight Ashlee Simpson and Katy Perry. Keller has a lot of like-ability behind the mic, but what I admire most about her, is no attempt to deliver what I call “over the top pop.” Cheezy music with a pretty face via top flight sampling, cookie cutter songwriting via a mix that sounds more like a commercial than a piece of music. It will also appeal to both advanced and novice listeners alike. Whatever kind of listening level you’re on – some will identify with things while others will not. Like a three layered cake Kaylee Keller finds a perfect balance that has a lot of depth and has so much to offer so many people. There’s something in this track for everyone. Whether it’s musically, lyrically, inspirationally, emotionally, and spiritually – if you feel like music is taking us in the wrong direction than rest assured Keller is taking us back in the right direction with “Song Like That” Single.

Criticism: Most professional singers will find a moment even within a simple song to take a vocal risk here or there to demonstrate their true god given vocal ability, via skill sets that include vibrato, falsetto, power, control, or melodic finesse. Unfortunately Keller takes the safe-way avoiding anything that would indicate a world class vocal talent.

Final Word: “Song Like That” by Kaylee Keller will affirm your faith in music again. She represents all that is good in music and this latest song delivers a highly passionate 3 plus minutes of good mood pop via top flight musicianship, amazing songwriting and a musical touch that covers all the bases: Pop, Rock, Soul and Singer-Songwriter.