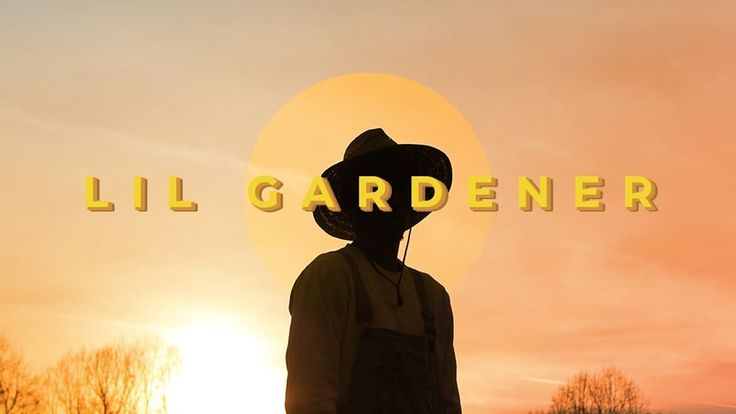 Ocoee, Florida — Friday, March 27th, 2020 — Independent artist Xavier’s 2019 award-winning short film ‘lil gardener’ is an abstract display of life’s daily grind. The 10-minute short features Xavier as the lead gardener planting his dream ‘garden’, much like most of the audience in their daily lives. This experimental portrait presents the personal emotions Xavier faces on his journey towards success as an artist through the film’s musical and visual storytelling. Largely a metaphor, ‘lil gardener’ encapsulates the daily grind into the routine of Xavier’s gardener. However, 3 valuable elements stand out most.

The entire film is centered around harvesting seeds to grow into the garden Xavier desires, which is shown in a picture he keeps close to him. In a 2019 interview with Bluntiq, Xavier shared that growth presents challenges and obstacles the audience must push through in order to ‘grow’. Sometimes the grind is the challenge that produces growth. Nonetheless, the audience should always strive to grow in every area of their lives.

There is a common phrase ‘patience is a virtue’. Patience is displayed in ‘lil gardener’ from the moment Xavier ‘screams we made it’ in the opening song and raps ‘I’ve been planting seeds since 17’ in the closing sequence. These lyrics speak to the patience the 25-year old artist exudes through the ups and downs of his harvest. To finally say ‘we made it’ after working on a goal for such a long time is a freeing feeling. Being patient can be hard, frustrating, and tiring as shown in the film, yet is a valuable part of the bigger picture.

One of the greatest parts of this film is the endurance of Xavier’s character. From sunrise to sunset, ‘lil gardener’ is planting towards his dream garden. Each day he becomes more tired and eventually overexerts himself. However, he quickly recovers after receiving instructions to keep planting and never gives up on the goal he wanted since the start of the film. This beautiful display of perseverance and resistance is something the audience should take note of when presented with thoughts of giving up.

Directed by Kamryn Harris, ‘lil gardener’ is a story that can be easily translated across the world simply because of the themes it explores and possesses a unique place in today’s hip-hop world. While it’s trendy to talk about the glitz and glamor of life, Xavier chooses to explore the tests people experience daily in order to achieve the glitz and glamor. The film is currently finishing its 2020 film festival run and was recognized in February as the Best Experimental Film in the Oregon Short Film Festival. Initially created to market his 2018 EP, 1447, ‘lil gardener’ has become a standalone project Xavier uses to instill the growth, patience, and endurance necessary to keep planting.

Xavier is a writer and musician residing in Ocoee, Florida. He released his first song in 2010 after moving to Norcross, Georgia in high school. Since then, Xavier has performed a series of shows in Atlanta, including a showcase at A3C Festival, and released 2 EPs independently in 2016 and 2018 respectively. Xavier produced 3 independent music videos, including 2019’s lil gardener – a short film concept to his EP, 1447 (2018), that he also starred and co-wrote.