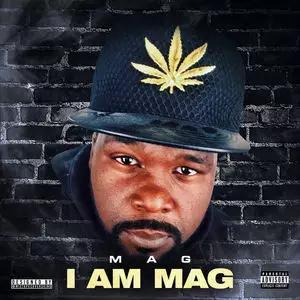 Lancaster, Pennsylvania – October 16, 2019 – MAG dropped his debut album in August 2019, and he’s already heading back out with new music as his next three singles are all fresh out the box and ready to be taken in. With “Designer” out now, and two more on the way. Things are heating up in the hip hop scene thanks to this rising young talent.

Earlier this year MAG hit the airwaves with his single, “My Last” off his debut, I Am MAG. Success right off the bat, MAG is not holding back or waiting around to see what happens next. He’s already on to the next with a cascade of new singles. The first, “Designer” dropped September 23, and come October he’ll have two more making their way through. “Standards” drops October 15, and “LANC” won’t be too far behind that out on October 22nd.

With three new tracks and a dozen on his debut, I Am MAG, this emcee is more than ready to get out and play live. He’ll be determining where he hits on the map by his Spotify spins. So if you or your listeners/readers like what you hear, stream it and MAG could be heading your way sooner rather than later.

Those interested in adding new hip hop to their playlists, reviewing the album or new singles, featuring the music on their site, or interviewing MAG can reach out via the information provided below.

About:
MAG is a vibrant hip hop emcee on the rise from Lancaster, PA with three singles dropping in Fall 2019.