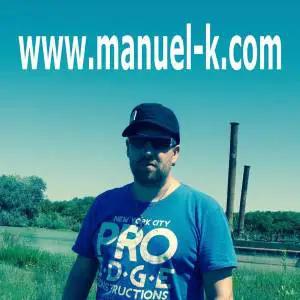 Singer-Songwriter Presents An Instrumental Version of His Self-Written Single

“Finally, it is here – more than five years after the release of the vocal version. Because of the emotional and huge arrangement I always thought about an instrumental version of ‘Tonight.’ Therefore I recorded and added additional instruments and spent several hours over a number of days mixing the track in my beloved home studio to get the best instrumental mix as possible. I’m happy, curious and full of anticipation – can’t wait to hear what people think,“ Manuel K says. Of his new instrumental single that was mastered by Greg Reely at The Green Jacket in Canada.

Manuel K is an independent rock singer, songwriter, guitarist, and keyboardist born and raised in the eastern part of Switzerland where the mountains are high, the valleys deep and the water clear. A place where the ambiance showcases God’s simplistic importance of life, family, and nature. Therefore it’s hardly surprising Manuel K’s music sounds pure, honest, handmade, and played mostly on real instruments; but even so modern and timeless.

Throughout his life, his favorite genres have been Rock in all it’s glory – with flavors of Blues, Country, and Folk. So it’s not surprising that Manuel K was the former founder, main songwriter, lead singer and guitarist of the rock band Nextmile and the side project Rockcousins. After releasing five EPs, two digital singles, a digital album, playing many live gigs, and appearing on TV and radio across Switzerland, the band decided to go separate ways in 2012. This led Manuel K to start his solo project soon after.

Throughout his career, Manuel K’s songs have done well at songwriting contests and topped various charts on ReverbNation and Broadjam over the years. He is also an active artist on social media. All this led to remarkable streams on Spotify and YouTube plays.