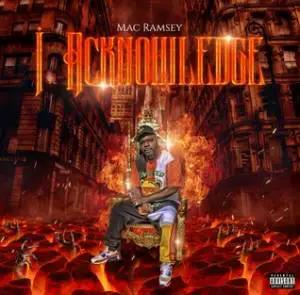 Memphis, Tennessee – February 5, 2020 – Mac Ramsey has been heating the underground scene in and around Memphis, TN for a long time. Fans have appreciated his tenacity and skill throughout his career, especially over the last year. He released a trio of singles then, including his latest, “I Acknowledge.”

“I Acknowledge” showcases just what happens when you put a master on the mic. This hardcore rap track was the third single Mac Ramsey dropped in 2019, following the releases of “Burnt Out” and “We in Here.” While he was doing his thing as a solo artist, he also made time to step into the studio and release an EP with his partner in crime, Byk Kurse. Together they are known as The Memphis Recipe and last year saw the release of ‘2 Late 2 Hate.’ That, as well as Mac Ramsey’s singles, are available on all major streaming platforms now.

Mac Ramsey, known to some as Lil Ramsey, was an original member of The 10 Wanted Men. He also worked with platinum recording artist DJ Paul, and Betas Block praised their “super southern roots” on their 2019 release. His accolades are fierce but his future in music is fiercer.

Those interested in adding new hip hop to their playlists, featuring “I Acknowledge” on their site, or interviewing Mac Ramsey can reach out via the information provided below.

About:
Memphis’ underground legend Mac Ramsey is continuing his legacy with his latest single, “I Acknowledge,” available on major streaming platforms now.