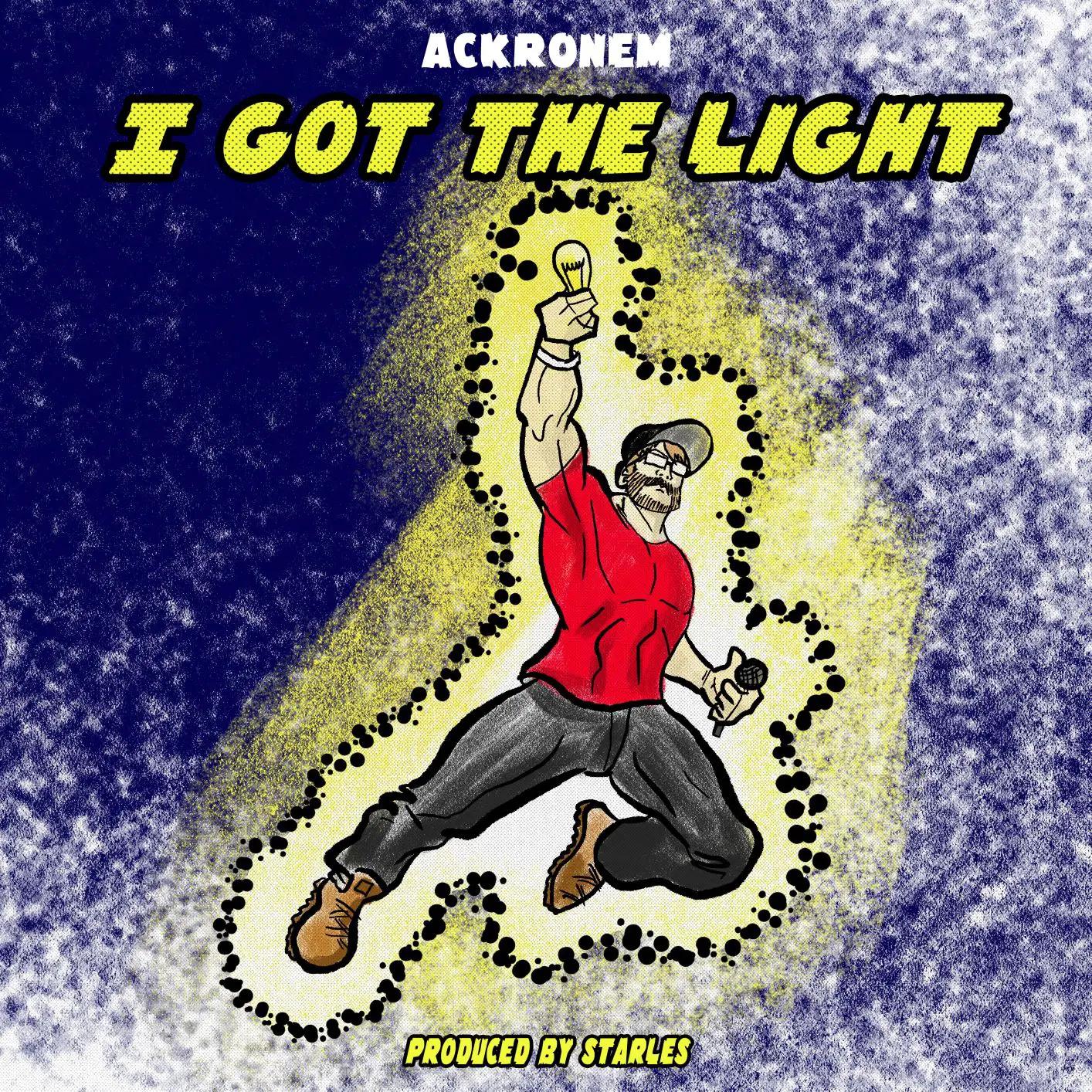 Minneapolis, Minnesota — Tuesday, October 29th, 2019 — Ackronem is an established independent Hip Hop artist from Minneapolis. With over a decade-plus in the MN Hip Hop scene Ackronem has made a name for himself Producing, Rapping, and Engineering. With 2 studio albums under his belt, Ackronem is gearing up for his 3rd release with his latest single “I Got The Light” Produced by Starles.

One of the most prolific artists in the Twin Cities Ackronem pushes boundaries with his latest single “I Got The Light.” Bouncy and aggressive Ackronem raps about putting the work in, spreading the light, and being an unstoppable force. Appearing on countless albums as a producer and engineer Ackronem took a step back and let fellow producer Starless lay the foundation for “I Got the Light” Gearing up for his 4th studio album release Ack has made his presence impossible to miss.

Ackronem puts action to the phrase hard work pays off. Never a night of never a day without a pen to paper. I Got The Light is a call to action, a motivational speech in a song. “Most of Yall need to get to work say your dreams first and you wanna make it but you on the couch playing 2k drinking just barely writing verses”

I Got The Light is available on all platforms and has been added to over 25 large Spotify playlists.

Ackronem’s latest single “I Got The Light” is available on all platforms now. The Minneapolis native is on the move make sure to stay tuned.

Check out “I Got The Light” now available everywhere https://snd.click/KuKupym

Over 10 years Ack has built up a solid foundation from production credits to features to releasing multiple studio albums of his own. Countless shows He has opened up for artists such as Joell Ortiz, Blackalicious, and Mac Lethal. His latest single “I Got The Light” focuses on putting in the work, spreading love and light, and being an unstoppable force. Produced by Starles the two linked up over Twitter in the summer of 2019 after Ackronem declared all of his work free all summer in a push to help other artists get their name out. A man of the people Ackronems influences range from J Cole and Dreamville to Taz Taylor of Internet Money to Young Thug all people who help push other artists to reach their full potential.