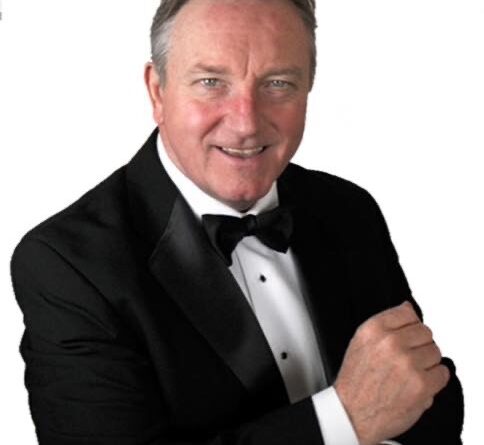 Hornchurch, Essex, United Kingdom — Renewing the classic appeal of Jazz with his own distinct and imaginative style, Gary Driscoll is an entertainer to be remembered. With the re-release of his single, “The Old East End Tonight,” the storyteller displays remarkable instrumentation and composition talents, wonderfully produced, arranged and conducted by Paul Campbell of Studio Orchestrations.

“The Old East End Tonight” first released for audiences four years ago and was penned by Gary Driscoll and Mark Leen. Displaying his captivating vocals, the breathtaking single is featured in a British gangster feature film called, ‘The Rise of the Foot Soldier 3 – The Pat Tate Story.’

The single played regularly on the Gangster Tour Bus, which tours London’s East End and narrated the gripping and thrilling story of London’s infamous gangsters – the Kray Twins. The track’s immersive lyricism mentions the iconic Blind Beggar pub, which is where Ronnie Kray shot dead rival gangster George Cornell, in 1966.

With creative use of imagery, “The Old East End tonight” takes listeners through the East End’s most notorious yet characteristic locations. The track also mentions the REPTON BOXING CLUB, which is where the Kray Twins learnt how to box when they were teenagers, as well as the Italian cafe called E PELLICCI, which is the place where the Kray Twins and their gang (firm) ate their breakfast.

An artist who has entertained numerous enthusiasts at countless true crime book launches and retired gangster’s parties, Gary Driscoll is excited to give “The Old East End Tonight” a new light.

A track that is particularly popular amongst his fans, Gary Driscoll’s evergreen single has already achieved 8,589 streams, with the numbers continuously increasing. Truly none can escape the track’s beautiful nostalgia.

Check out Gary Driscoll’s striking music video and single, “The Old East End Tonight” on YouTube, Spotify, Itunes, Amazon Music and various other music platforms.  Download the new single and follow the artist’s journey to keep track of new music. Contact him through email for interviews and other queries.

Gary Driscoll is a fantastic solo singer-songwriter who is based in the London area. The creative vocalist has been entertaining professionally for 30 years. He is featured as the club singer in two British crime thrillers, The Wee Man and The Rise of the Foot Soldier 3 – The Pat Tate Story. Gary is known for being the singer to have been requested to sing at Reggie Kray’s funeral, to an audience of TV celebrities and retired gangsters of London’s underworld.