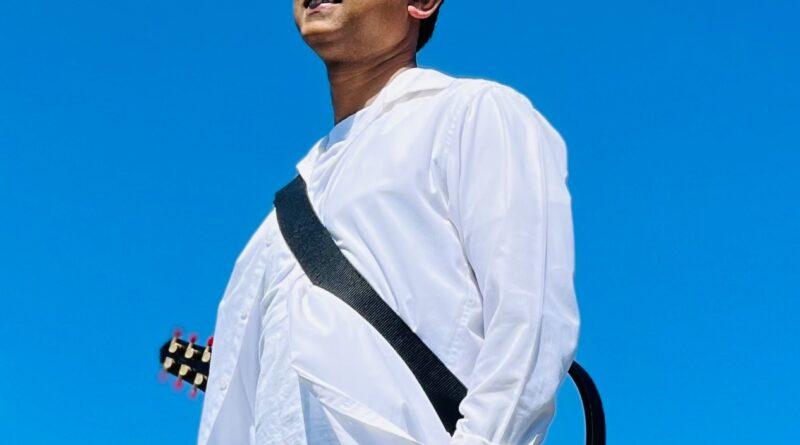 At the crossroads of global acclaim, Franco Fernandes is driven to embrace love, unison, and togetherness, while creating a lasting impact with his music

London, United Kingdom — September 30th, 2022 – A single that underscores the value of selfless love, togetherness, and connection, “THERE FOR YOU” beautifully presents Franco Fernandes’ exceptional command over diverse genres. Emphasizing the spirit of true selfless love, the new single builds onto the artist’s recognizable style, with memorable vocals, lyricism, and chord work.

“THERE FOR YOU” features Franco Fernandes’ inimitable vibe and musical expertise with his powerful and impactful lyrics, vocals, guitar, and melody composition. Released on September 30th, 2022, it includes several talented individuals who have come together for the track.

Music and direction on the new single were covered by Franco Fernandes’ close friend, Ally Rodrigues, who helped in recording, mixing, and mastering the song at his studio in Scotland- the Aloyz Studio.

Ally Rodrigues also contributed to developing and composing the harmonies for “THERE FOR YOU.” Meanwhile, Igi Rodrigues joined the artists on the piano, with Seflo Quadros on the keyboards, Vency Dias on bass guitar, and Jeremy Rodrigues on drums.

“My music creates a sort of emotional reaction that connects to love and togetherness. With the blessing of my listeners I would like to continue soulful music that would touch the hearts of my listeners or even shed a tear of joy,” says the artist regarding his music and plans.

Visit Franco Fernandes’ official website and other music streaming platforms to check out his new music and follow him on social media! The artist remains hopeful of getting his tracks on top of charts with the help and love of his listeners and fans- something that inspires him to create new music each day.

Franco Fernandes is a multi-genre artist who has deep roots in Gospel music, hearing its spellbinding verses in the beautiful churches of Goa, India, as a kid. Franco’s journey into music started when he was a teenager overseeing the choir in the church and composing music for special occasions. Deeply influenced by Goan music as well as by guitarists such as Eric Clapton, Carlos Santana, Mark Knopfler, and Jimmy Page, he was driven to utilize his vibrant artistic palette.

Led by self-determination and hard work, Franco Fernandes decided to join a famous band from Goa called “Truly Yours” as a lead guitarist. Ambitious yet humble, the artist decided to settle in England to promote his brand of music, and his focus shifted to being an independent artist. Franco dropped his first song, “Socha Na Tha,” in December 2020, which was met with countless accolades and acclaimed by his Indian fans worldwide.

“Socha Na Tha” was followed by the artist’s second track, “First Love,” which was released in August 2021. Rising to the music scene, the phenomenal artist is looking forward to enthralling listeners with his signature appeal and improvisational soundscapes.