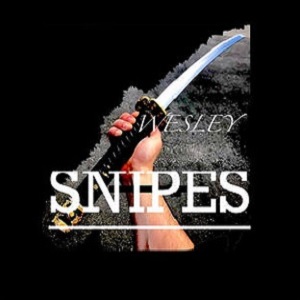 Los Angeles, California – April 2, 2019 – After delivering major moments with “The Most Hated,” “Morphin Time,” and “Momma Said,” west coast rapper Sheron is ready to impress all over again with his April 2019 release; “Wesley Snipes.”

Growing up, Sheron was immersed in the west coast rap scene but found himself seeking out more. Which is why the likes of Michael Jackson and later, Beyonce, introduced him to and kept him in, the world of dance. Sheron notes, “Being a dancer has shaped not only the person I am it has also played a key role in my artistic development. My sound and voice have been influenced by the type of adaptability that dance demands.” That very reason is why Sheron’s music has traditional hip-hop beats but also have wonderful pop elements that allow for rhythmic movements to be not only heard but felt by listeners.

Along with major dance inspirations, Sheron’s music also provides those with a love for nostalgia something to hold onto. Those who loved “Momma Said” were happy to hear samplings from Adam Sandler’s Waterboy tossed into the mix. It’s those little adlibs and additions that set Sheron’s music apart from the rest. He takes pride in his homages to the ’90s, just as much as he does in his status as part of the LGBTQ community. As a gay rapper, he’s had to work twice as hard as his peers but knows the work is worth the reward. Which is why he’s working around the clock in 2019. He’s already dropped four bangers this year, including “Benghazi 2.0.” Now he’s about to repeat the magic with the release of “Wesley Snipes.”

About:
Sheron is a skilled emcee with a pop-infused hip-hop sound who dropped his fifth single of the year on April 1st. Get “Wesley Snipes,” out now.