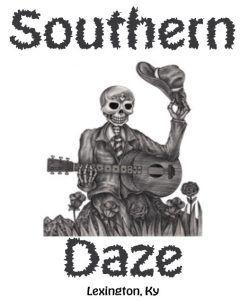 Lexington, Kentucky – April 3, 2020 – Robert Eskridge and his band, Southern Daze, are proud to present their new single, “You’re My Destiny.” A country ballad penned for the love of his life, it’s a must for all the romantics out there.

While other husbands are giving their wives the same old box of chocolates, Robert Eskridge is putting the love he has for his wife to song. The result is Southern Daze’s latest single, “You’re My Destiny.” A country ballad that will perk the ears of audiences who already have the likes of Keith Urban and George Strait. Due out April 24, 2020, those looking to add more heartfelt country songs to their playlists will want to take note.

“You’re My Destiny” follows the release of two dynamic singles that were Indie World Country #1’s, and in the Top 5 on New Music Weekly; “Buck Wild and Whiskey Crazy” and “Simple Things.” With the way those releases went, there is no doubt their latest will follow the same path and reach the top of the charts as well.

Robert Eskridge got his start playing in local honky-tonk bars when he was just 16 in the ‘80s solo and various bands in Lexington, KY. He later worked at a handful of Nashville record labels in the ‘90s. Around that time Southern Daze came to be and has been a mainstay in his life for the past 30 years. But as a career in music was just starting to take off, the reality of having kids needing to be there for them set in, so he switched gears to focus on a nonmusical career, but still played locally Southern Daze in the tri-state area and beyond.

Currently, Southern Daze is focusing on releasing new music, “You’re My Destiny” included. So those interested in adding a new country love song to their playlists, featuring the track on their site, or interviewing Robert Eskridge and Southern Daze can reach out via the information below.