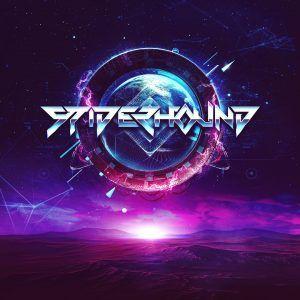 New Jersey – March 5, 2020 – Sean Naughton, otherwise known as Spiderhound, has released a few EPs, a myriad of singles, and been featured on a handful of records. Each one taking listeners on a musical journey as Spiderhound produces in a variety of bass music sub-genres. Now he’ll add another to his name with the March 2020 release of his ‘Funky Pills’ EP.

As a whole, ‘Funky Pills’ takes listeners back as it pays homage to the early days of raves but delivers an updated, modern bass sound design approach. Spiderhound serves glitched out vocals that weave in and out of heavy drums, sub-bass and surreal textures that will keep hands swimming and heads bobbing as soon as one press play.

With the release of ‘Funky Pills,’ Spiderhound hopes to match the success of some of his past releases as he’s had #1 and Top 10 singles with “Hold You,” “I Believe In You and Me,” and his ‘Dopamine’ EP. It’s likely due to the emotion put forth in all he does. He notes, “I like to make music with emotional resonance, so my songs usually focus on a particular vibe or narrative that will draw the listener in and make them feel something whether it be euphoria, sadness, joy, anger, disappointment, grief, regret, love, longing, etc.”

Before Spiderhound came to be, Sean Naughton spent the better part of two decades honing his skills in a cascade of original rock bands. Today, he’s well into the next chapter of his life as the multi-genre electronic producer/DJ Spiderhound who also handles his own when it comes to songwriting and mix engineering. This multi-talented artist has studied under the talented Grammy award-winning producer, Charles Dye and is currently working closely with his mentors; the brilliant and legendary sound innovator, Ill Gates and the genre-bending sound design guru, Mr. Bill. On top of creating his own music, he also heads up A&R for Producer Dojo; Ill Gates’ record label and online learning community for music producers.

‘Funky Pills’ drops March 19, and on March 24, 2020, fans can catch Spiderhound onstage with Rick Feds and Billa Joints at The Footlight in New York at 9pm.

Those interested in adding new electronic music to their playlists, reviewing ‘Funky Pills,’ interviewing Spiderhound, or covering his show on March 24th can reach out via the information provided below.

About:
Sean Naughton created the character of Spiderhound to brand himself with a narrative that takes into consideration the many issues that we are currently facing on Earth.

In an instant, Spiderhound teleported millions of light-years to Earth from planet Elteres to escape certain death. Elteres is more technologically advanced than Earth and is currently ravaged by wars and widespread violence. Spiderhound looks human, but his left eye is black with a red spider symbol as a pupil. This eye reveals the fact that he is part artificially intelligent (his left eye is a state of the art high powered quantum computer with a camera and internal screen that can perform the most complex computations and tasks in fractions of a second).

The name “Spiderhound” is his voiceprint command to turn off the AI component. He is the only remaining member of his family and has an unfortunate and tortured recent past. His early life was very pleasant and quite charmed until his planet quickly devolved into a culture that valued artificial intelligence over organic intelligence. Earth reminds him of his charmed and pleasant past and he feels that he can be a positive force on Earth that can protect humans from experiencing the same fate of his home planet.

When a life force teleports millions of light-years in an instant there are unpleasant side effects that can last a lifetime. This includes nausea, severe headaches, anxiety, and crippling depression. All of these symptoms can be eradicated through the steady release of Dopamine. Spiderhound gravitates to music and music production as it is the path he can follow for dopamine release which eases his pain. He is determined to tell the story of his life through music and hopefully save Earth in the process. He is convinced that the Earth can only be saved through music by uniting humans through the art of sound manipulation that resonates with the core of human nature. He wants to ease both his pain and human pain simultaneously in the hopes of creating a better world for everyone.