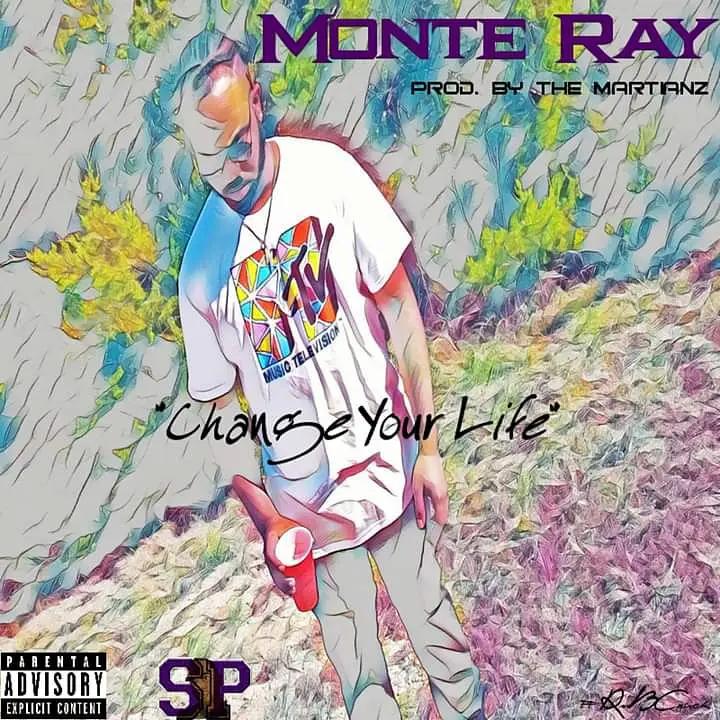 Little Rock, AR, Pulaski — Saturday, December 28th, 2019 — Little Rock-based R&B/Hip-Hop artist Monte Ray releases his new hit single which may be the top contender for song of the year in 2020.

Little Rock-based R&B/Hip-Hop artist Monte Ray dropped a new single called Change Your Life. This is a follow up to his first single Real One feat. Marely Marz. His new single lists heavy production such as multi-platinum producers The Martianz and was recorded in North Little Rock, AR at StarPower Music Group Studios. The idea behind this song was inspired by true life-changing events that the artist himself endured, with hopes of extending the message that you can change your walk of life by changing the outlook.

Monte Ray gains inspiration from everyday life and can turn the darkest day into sunshine through it all. The Change Your Life singer is no stranger to struggle as he details in some songs. The main objective is bridging the gap between what they deem as normal people and celebrities. On wax or off, Monte Ray hopes his fan base continues to feel the originality through his music. “I’m human just like everyone else, and I just want them to see that. I don’t want anyone to ever think they are alone.”

Monte Ray’s new hit single Change Your Life produced by The Martianz has finally hit the airwaves. Gear up for the sophomore EP from this phenomenal artist entitled LEVELS dropping January 17th, 2020. The Little Rock-based R&B/Hip-hop artist is set on the right path for success.

Born and raised in North Carolina straight out of Midway, Monte Ray found solace in music at an early age. Monte Ray – the only child in a musical household – turned to writing raps and poetry to help deal with everyday struggles. He prides himself on the balance of assertiveness with melodic play in his lyrics, a style that he calls “R&B Crack”, another way of seeing his music as being addictive to listeners. Check out the website for the latest entertainment news and more on Monte Ray: www.starpowermg.weebly.com