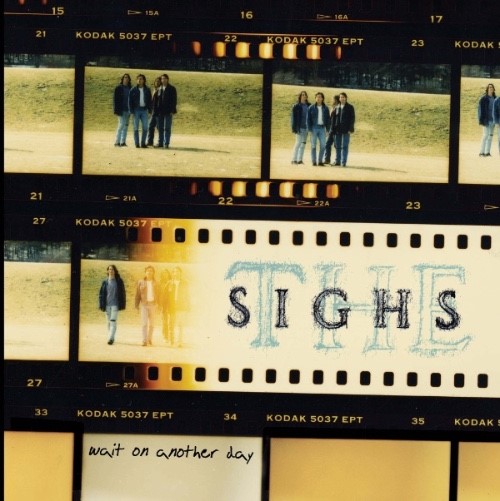 The Sighs Are Ready To Wait On Another Day

Western Massachusetts 4 piece rock band The Sighs just released their latest 11 song CD entitled Wait On Another Day. From the first notes of “It’s Real” through to the final massive live solos and heavy riffs of “Thinking About Soul”, this release fires on all cylinders. In contrast a band like The Sighs delivers an incredibly balanced blend of Power Pop, Classic Rock and Hard Rock and just a dash of Alternative Rock.
The Sighs band members include Bobby LaRoche (Vocals), Tommy LaPluta (Bass), Matt Cullen (guitar), Tom Borawski (Drums).
In this aspect LaRoche and company have much in the way of promise and marketability especially to cult fans like The Smashing Pumpkins, Polaris, Counting Cows and even Screaming Trees. The Sighs provide 11 intriguing musical stepping stones and boldly showcase better than average musicianship with no illusions, or farces. This is real and genuine rock n’ roll musical expressionism folks! All tracks are powerful (both in a brutal and soft way), melodic and highly entertaining. Which doesn’t even begin to describe the inducing guitar/vocal presence of guitarist Matt Cullen and front man Bobby LaRoche, respectively. They are both masters at their respective crafts. Like I had mentioned its impressive how well the band have combined often heavy, grunge with alt-rock balladry. What’s more I didn’t fail to notice deep, soulful vocals and emotive lyrics perhaps influenced by John Lennon or Oasis. The band as whole are captivating composers within their own right. Some songs on this latest release seem painfully simple yet not to be underestimated (Tracks Words of Love, Lift Me Up); while some songs know a sure direction delivering the A-Typical Rock flair (Thinking About Soul).

Either way this CD by The Sighs is a hot rock CD – but may not be for everyone. Despite this not so corporate or that modern approach these guys will appeal to old school rock fans mostly who liked music say by the past 2 or 3 decades. In this aspect it’s not as marketable as some of the music around right now – but who cares. I doubt the Maroon 5 people will be flocking to their shows, but who freaking cares! A million of so disgruntled rock fans will probably beat them up on their way to a The Sighs show anyway right?