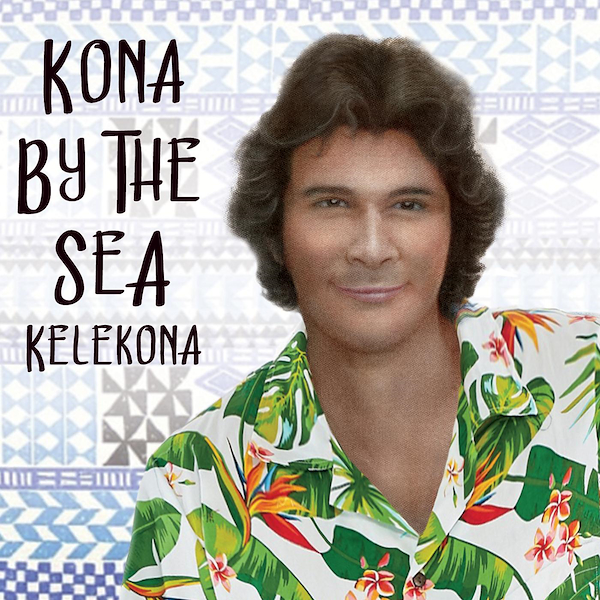 Gold Beach, Oregon – May 1st, 2021 – Musician Kelekona’s three CDs have all been released. Titled, ‘Kona by The Sea,’ ‘Simply Slack Key, and ‘Aloha Slack Key: A Tribute to Gabby ‘Pops’ Pahinui.’ The artist had always wanted to go international, and it seems his wishes have finally come true. Each of the CDs is a marvel in their own right and have garnered a lot of attention due to the refreshing blends of several genres.

‘Kona By The Sea’ was initially released on November 1st, last year. An authentic and unique take on conga and acoustic guitar, the album is a seamless blend of Kelekona’s voice and instruments. Like “Your Sweet Love,” other songs are an interesting combination of the musician’s vocals and acoustic and electric guitars. Owing to the dynamic and soulful musical style, the album has received attention worldwide. All the music on this CD album was composed and arranged by Kelekona.

The other CD, ‘Simply Slack Key,’ was re-released on March 20th this year. Originally released in 2007, this CD was entirely composed, recorded and produced by the artist. It was much appreciated in the Hawaiian Islands and even gained some popularity around the world. During the music’s release, Kelekona visited every border store in Hawaii to fondly play Slack Key music. This compilation stands out because of the artist’s interpretation of Slack Key Guitar music. One of the tracks, “Amazing Grace,” has been hailed as one of the most beautiful renditions of the song. Kelekona contributed two songs on this third CD, ‘Aloha Slack Key: A Tribute to Gabby ‘Pops’ Pahinui,’ which is a compilation CD honoring his esteemed mentor, Gabby Pahinui.  This CD was produced & distributed by Hula Records and feature songs by renowned Slack Key Guitar Artists including Gabby Pahinui.

Kelekona founded Water Fountain Records in 2007 to release his CD ‘Simply Slack Key’ and the tradition is continued with the release of the CD ‘Kona By The Sea’ on the artist’s own record label.

In current news, the album ‘Kona By The Sea’ has made its way to being one of the entries in the competitive 2021 Nā Hōkū Hanohano Awards. It has been selected for the Contemporary Acoustic Album of the Year Category. The musician’s work has been recognized in the past as well. His other two CDs, ‘Simply Slack Key’ & ‘Aloha Slack Key,’ were entries for the 2007 Grammy & Nā Hōkū Hanohano Awards.

The highly talented artist peacefully passed away on July 4th, 2018, at his home in Las Vegas. During his lifetime, the artist recorded a substantial amount of music, which will continue to be released.

For more information on the artist and his latest CD, ‘Kona By The Sea,’ please visit this website.

Ron “Kelekona” Vanderford first recorded in 1986 with his friends at the Green Flash Recording Studio in Kailua-Kona. Here, several original compositions were recorded, which have been released on the latest CD ‘Kona By The Sea’. Kelekona was a proud Hawaiian US Army Veteran and is interned at The National Memorial Cemetery of the Pacific, a national cemetery located at Punchbowl Crater in Honolulu, Hawaii.

Posthumously, the artist shares his joy, peace & Aloha with his listeners through his compositions. Kelekona will always be known for his Slack Key rendition of the song “Amazing Grace”.