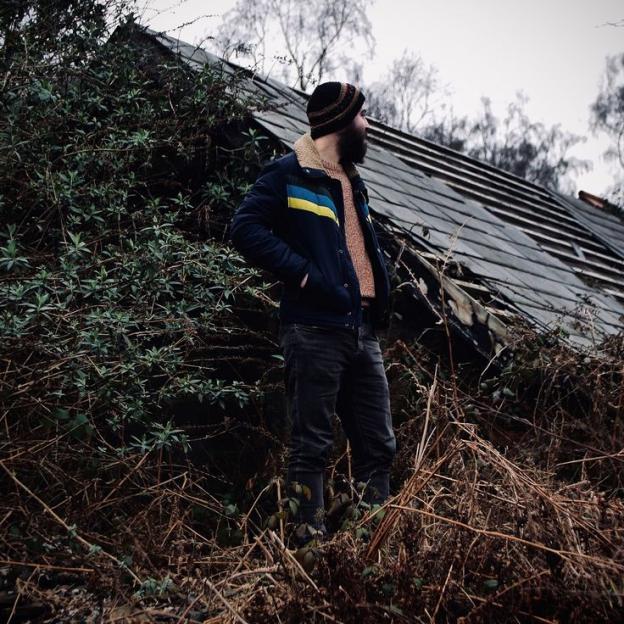 Rhondda Valley, Wales, UK — Monday, July 27th, 2020 — With headline shows in the UK, US and Europe under his belt, as well as fronting Welsh Music Prize-nominated Cymrucana pioneers Climbing Trees, MATTHEW FREDERICK has released five albums, two EPs and fourteen singles to date across a number of projects since his 2012 debut EP Venus & Mars, with tracks being used by Netflix, Sky and the BBC, among others.

The Rhondda Valley musician continues his solo crusade this summer with Laura Jones, the fourth single from his critically-acclaimed debut studio album Fragments, released earlier this year via Staylittle Music

Recorded in isolation at Mwnci Studios in Hebron, Carmarthenshire alongside an album on which Frederick plays each and every instrument, Laura Jones tells of teenage romance and a lost love who was the talk of the town, with the artist’s ability to craft a story through the song once again on display following country-tinged lead single Tell Me, playlisted by the BBC as well as gaining airplay from Amazing Radio, the late-summer haze of Hay-on-Wye, which quickly became Frederick’s most-streamed track on Spotify, plus the delicate nostalgia of longtime live favorite Pink Blossom Snow, ahead of fifth and final single Leave The Light On, set for release later in 2020.

The current single has already left many, including Cwtch News, wondering the whereabouts of Laura Jones, with a free download of the track on offer for anyone that shares their name with the song’s protagonist.

“Some incredible material in his armory at the moment … it’s a quality, quality record”
Charlie Ashcroft, Amazing Radio

Following solo shows in the UK as well as further afield in Belgium, Germany, Italy, and the USA during 2019, Frederick has made the unexpected transition to streaming from home during the past couple of months, with recent performances available via his website’s dedicated Live Streams page, ahead of a planned return to the live circuit for a rescheduled album launch show at Cardiff’s St John The Evangelist Church alongside Ofelia and Jodie Marie on Saturday, October 3rd, 2020.

Released via Staylittle Music and distributed by The Orchard and PYST, Laura Jones is available to stream and download across all major digital platforms from Friday July 3rd 2020.

The track is also available as a free download to anybody that shares their name with Laura Jones, by sending an email with the subject header I AM LAURA JONES to [email protected]

Fragments, featuring Laura Jones alongside previous singles Tell Me, Hay-on-Wye and Pink Blossom Snow plus forthcoming release Leave The Light On, is available to stream and purchase on CD, Limited Edition Cassette and Digital via Bandcamp at https://matthewfrederick.bandcamp.com/album/fragments

MATTHEW FREDERICK fuses an early love of classic singer-songwriters with more recent influences to create a distinctive and timeless blend of acoustic pop, indie folk, ballads and blues, with a touch of Cymrucana and contemporary classical thrown in for good measure.

With headline shows in the UK, US and Europe under his belt, as well as fronting BBC Introducing favorites Climbing Trees, the Rhondda Valley musician has released five albums, two EPs and fourteen singles to date across a number of projects since his 2012 debut EP Venus & Mars, with tracks being used by Netflix, Sky, and ITV, among others.