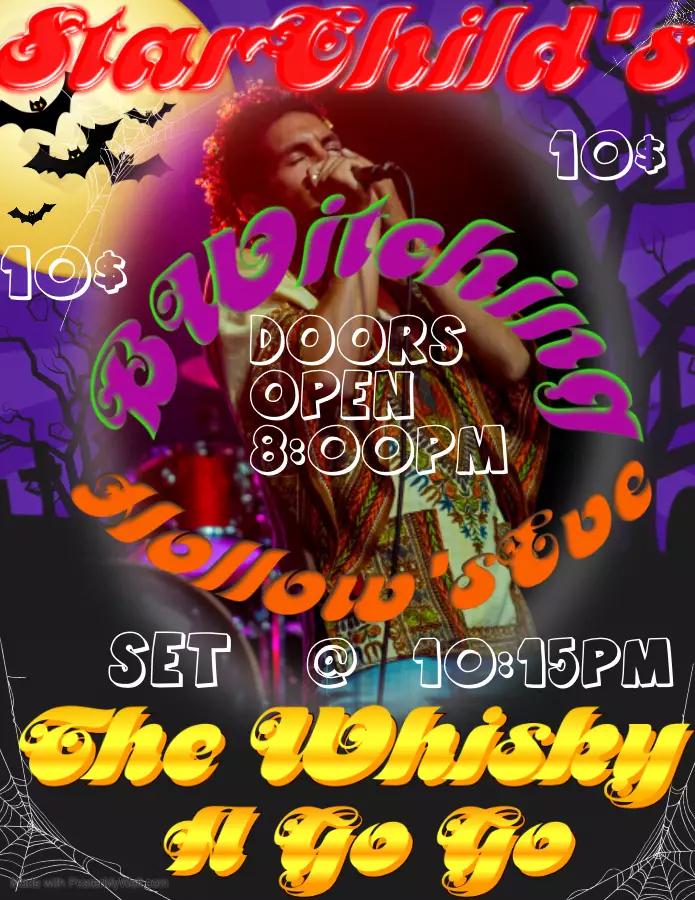 Los Angeles — Tuesday, October 22, 2019 — Starchild is LA’s hottest witchiest new up and comer to the LA Pop Scene. His Performances have been mystifying audiences since his debut in July, and he is ready to take on Whisky for the third time as one of the headlining acts! He set’s out to use his Witchy powers to create a night of thrills and chills, dance and laughter, and of course Halloween!

This performance is going to be everything one needs for the Halloween season! Come out to enjoy a night of music and drinks as the doors open at 8:00 pm. And at 10:15 pm, witness, Starchild, using his melodic voice to enchant his audience, taking them down a mystery ride to the center of the universe! Be the first to say, “I got to witness, Starchild, the future of pop, for only 10 bucks!”. Then be the first to report to the music world, “Starchild is the Witch to be on the lookout for in 2020!”

“StarChild sings with a graceful power that has really not been seen often in recent years, building in intensity with consistent and elegantly-spun notes that swell into rarified air. If anyone can reach in and touch your soul StarChild can.” – Jamsphere Magazine

Be prepared for a music performance that has never been done on The Whisky A Go Go! And be prepared for Starchild to channel the spirits of the legends that once performed on the very same stage!

This is a Hollywood Halloween event that you don’t want to miss! Find out more at https://www.starchildmedia.com/.

Starchild is a Witchy Los Angles Indie pop singer. He sings of magic, sunlight, rebellion, revolution, peace and love. He is on a mission to shift the world out of its obsession with materialism, and guide our souls back to our divine Gnosticism. He is a California Boy on a mission to bring back the spiritual light to a generation born and lost to the darkness.