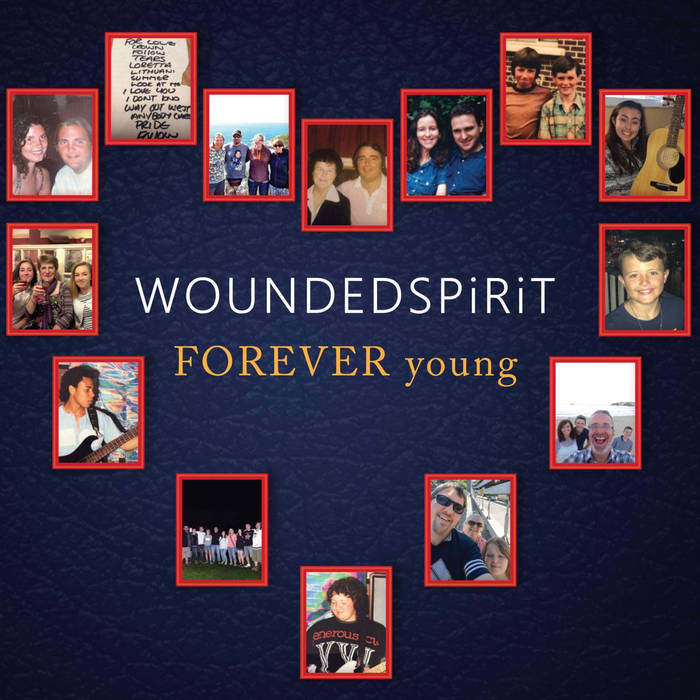 In retrospect, WOUNDEDSPiRiT is older than most music makers today. Formed 30 years ago, they did their time playing the local circuit and impressing Steve Wright of Radio 1 when they first came onto the scene, but after a tour of Spain in 2000, they seemed to hang it up. But like many musicians who were made for it, they didn’t stay away from it forever. After getting together for a show in 2016, it clicked all over again. Two years later they dropped their long-awaited debut, FOREVER young.

While a band from across the pond, many of the songs on FOREVER young sound as if they came from someone fighting the Man in the US. While “Fake News” is often a term heard coming from the lips of the United States’ Orange leader, it’s also a song on FOREVER young that stood out immensely for it’s Billy Joel “We Didn’t Start the Fire” like delivery. That fast pace, almost hectic delivery of the lyrics took the cake but there were others as well that fell in line with this track. Lyrically, “Higher” was a leader, and “STANDUP” stood out as the only track to do something out of left field and incorporate hip hop elements. On the flip side, this record wasn’t always about standing up for what’s right in the world, but also what’s right when it comes to matters of the heart. WOUNDEDSPiRiT isn’t afraid to wear their hearts on their sleeves or their record as showcased by stellar songs like “She Knows.”

They say there are two sides to every story and in the case of WOUNDEDSPiRiT’s FOREVER young, there is as well. Great political sentiments intertwined with human emotion laced with indie rock. It’s a great album for those who don’t like their records to be too one-note.