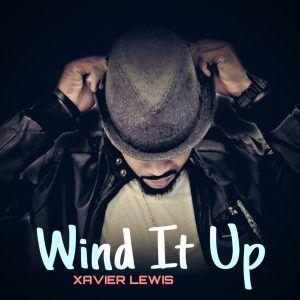 “Wind It Up” Available Now

Loganville, Georgia – April 1, 2020 – When it comes to delivering the standard that R&B created, look no further than Xavier Lewis. Known as the antidote to R&B, this soulful singer is looking to bring the genre back to the days when it was about the rhythm, the blues, the sensual romance with his 2020 single “Wind It Up.”

For fans of everyone from Ginuwine to Usher, Xavier Lewis presents “Wind It Up.” A song meant to take over stations near and far, his 2020 release has everything a great R&B record should; slick beats that ooze with sexuality. There is no denying that Xavier Lewis is well on his way to the top with this one. The only question is, will you be able to say that you were there for the ride?

Born in Queen, New York Xavier Lewis was surrounded by the beauty of ‘90s hip hop that spawned from there but soon found himself immersed in the sensual ways of Miami, Florida. Since then he’s relocated to Georgia, and with that final move, he’s found himself and his sound. Knowing and respecting the genre of R&B, Xavier Lewis presents audiences with everything they’ve always loved about it while remaining fresh in his execution.

Xavier Lewis dropped his major debut single back in 2014. “I Know I’m In Love” was followed by “Georgia Clay” which premiered to 55 million listeners nationwide, and with each release, Xavier Lewis has only gotten better.

About:
Xavier Lewis’ name may start with one of the last letters of the alphabet, but there is nothing last about this first prize taking R&B singer and his latest single, “Wind It Up.”