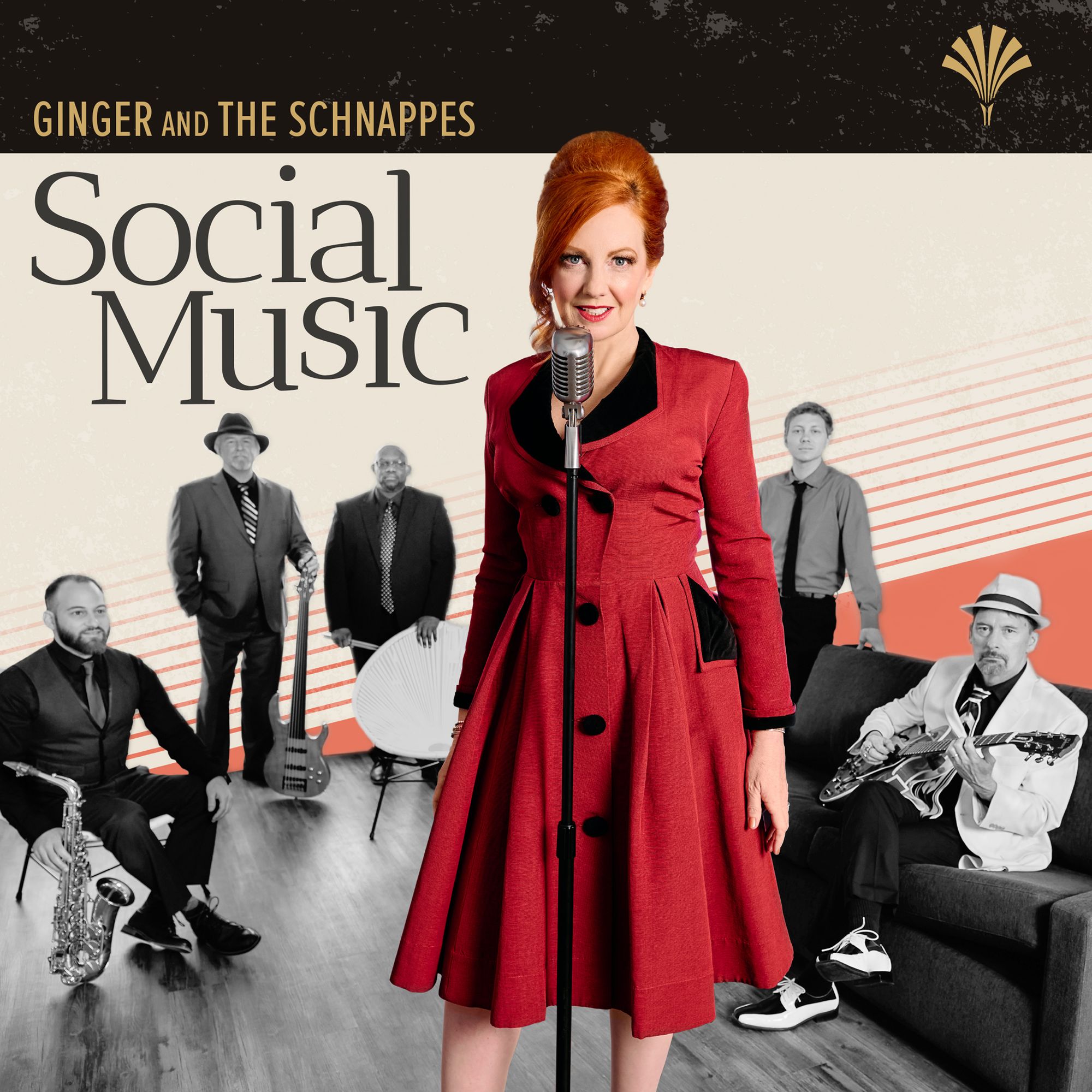 Releasing brand new debut album titled ‘Social Music’, emerging jazz band Ginger and The Schnappes is bringing about a wave of change in the music world and is all set to take over

Bethlehem, Pennsylvania – June 28th, 2021 – rising artists Ginger and The Schnappes is a jazz band consisting of 6 members. The band released its debut album titled ‘Social Music’ in the month of May, 2021. With the release of the album, the band is looking forward to get its music out there for the entire world to listen to and admire.

With a little something of everything, from swing tunes to beautiful ballads, the album is a wonderful piece of art. With a total of 10 songs on the album, the band has kept its main focus on Pop while including various themes from different music styles. All the songs are original, but the music style is reminiscent of the sound of the Great American Songbook. The range is unparalleled, there are songs that could be imagined to be sung by Ella Fitzgerald and Frank Sinatra, along with a few swing tunes that make up for a great Sock hop. There’s a New Orleans second line song, and a song that is similar to Wille Nelson’s style of music. With all songs being completely unique on their own, the album opens up with a track titled “Chrome Dome”, which is a lindy hop tune dedicated to Ginger’s husband. The album finishes the way it starts, with the last song “Double Stop” being about Ginger’s worst nightmare of being compared to another woman. The songs in the middle are everything from fun and uplifting to latin-ish and ballad-y.

Ginger and The Schnappes are artists who are extremely passionate about jazz. Taking the idea of music as an encompassing experience, they wrapped some cool jazz riffs and chords around it, and packed it all together under the umbrella of ‘Social Music’. The idea of social music is for people to listen to it in the form of small communities and experience it together. The band Ginger and The Schnappes has given birth to a charming atmosphere, surrounded by rich tunes. It is an engaging, accessible, and entertaining jazz band. They are unique artists, with varying yet complementing personalities and styles, which makes them all come together graciously as a band. What makes them stand out amongst other similar acts is the kind of music they play – both old and new songs turned around in a fresh way.

They have been performing at many public and private events, and look forward to continue doing so in the future. They wish to evolve as artists and travel the world, motivating others along their journey.

Ginger and The Schnappes is a six piece jazz band based in Bethlehem, Pennsylvania. Keeping its main focus on Pop, the band plays around a bunch of genres including Jazz, Latin Country, and Blues.
The band members are Ginger Brew (vocalist), Joe Mixon (guitarist and musical director), Dan Twaddell (saxophonist), Vernon Mobley (drummer), Patrick Kerssen (pianist), and Brian Bortz (bassist). They make a great band with outstanding stage presence.