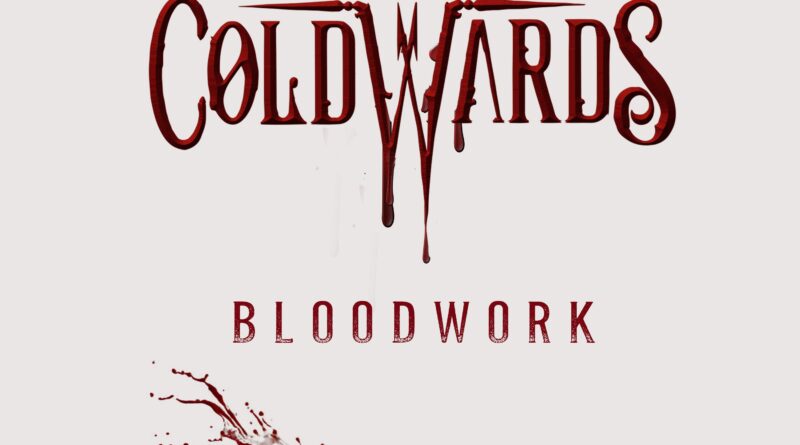 Houston, TX — Making their mark in the Rock world with their debut record “Bloodwork,” Coldwards depict a distinct flair, inventiveness, and return to classical elements of the genre. Set to drop on Friday, September 16th, 2022, the new album features the band’s iconic percussive and vocals-dominated musical style, setting them apart from their counterparts in the genre.

“Bloodwork” also boasts several noteworthy features from the big league, seasoned names such as the legendary Ron “Bumblefoot” Thal (Formerly of Guns N Roses) as well as Bobby Amaru from Saliva. Complete with memorable instrumentation and compelling songwriting intended for today’s youth, the new album is all set to become a formidable addition to Coldwards’ arsenal.

Having released under the band’s record label WakeUp Music Rocks, Coldwards’ music presents a one-of-its-kind musical craft. Rooted within an experimental and unique Alternative Metal edge, the artists’ music radiates an essence that is reminiscent of the familiar Classic NuRock sound of maestro Paul Crosby.

The debut record follows the release of the group’s recently dropped original track, “Whirlwind,” which was unveiled for audiences on July 22nd, 2022, via Wake Up! Music Rocks and was well-received by fans of the genre. The band has released four singles so far, with the most current being “Whirlwind,” which has already surpassed 500,000 views on YouTube! Whirlwind is currently #29 on Billboard Foundations Rock charts and climbing up the chart swiftly.

Coldwards are bound for success in 2022 with their full-length album “Bloodwork” and hope to continue to follow their passion for creating stunning Rock mixes. The band is currently being managed by PCM (Paul Crosby Management).

Stream the band’s current single “Whirlwind” and Pre-order/Pre-save Coldwards’ upcoming debut record “Bloodwork” on https://onerpm.link/Bloodwork_Coldwards! Visit Coldwards’ website and follow the band on Facebook for updates and news on new music. Feel free to contact the artists for interviews, reviews, collaborations, bookings, and other queries at: [email protected].

Coldwards (pronounced Cold-Words) – is a five-piece rock band from Houston, Texas. A gifted group of artists and musicians, Coldwards comprises drummer Paul Crosby of Grammy nominated and Gold and Platinum awarded Saliva. The artist is complemented by Sean Crosby on vocals and guitar, Zac Crosby on vocals and electronics, Richie Hey on bass, and Michael Friese on guitar. With their enigmatic debut album, the eclectic group is all set for new heights.