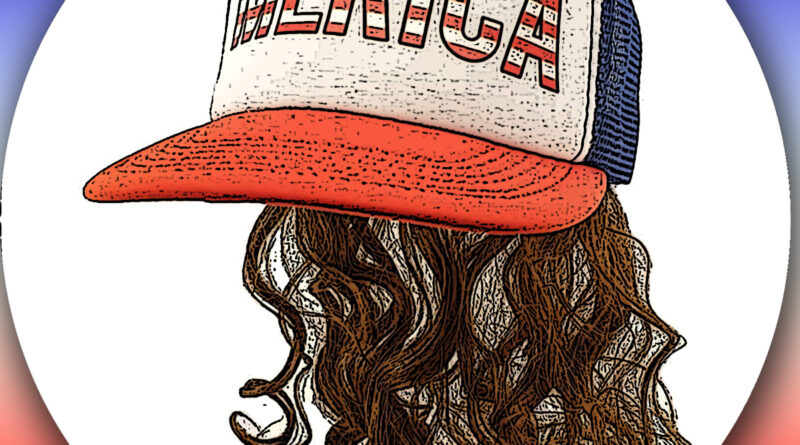 Easthampton, MA — Don’t look for deep, hidden meanings in SsasS’s latest offering. The studio phenomenon’s years-long goal of dumbing down subject matter may have finally been achieved in the fresh track “Mullet P.I. (Party in the Back),”* written & produced by SsasS mainstay Qid Phlash (aka Tom Sturm), with vocal help this time around coming from Violet Clark (Grand Duchy). The song is, quite literally, about a guy with a mullet – that’s it.

What the track does offer is some serious, Category 5 pump & bump (much thanks to Sonelab Engineer Mark Alan Miller), and a 4-word refrain that, with a little push toward virality, could join the ranks of the most banal but globally massive dance tracks like “Gangnam Style” or “Who Let the Dogs Out.”

Is it the silly song of the summer?

The track pumps in that backbeat-driven style that’s fueled everything from Pink’s “Get the Party Started” to Outkast’s “Hey Ya” to Portugal the Man’s “Feel it Still,” while Clark’s vocals recall the too-cool-for-school (dare we say ‘sassy’?) attitude of Peaches or Gwen Stefani. “Mullet, P.I. (Party in the Back)” is available now on Spotify, iTunes/Apple Music and dozens of other streaming platforms.

Part of this press outreach is for the purpose of crowd-sourcing material for a video that will be released in late fall or winter: put on your best mullet wig (or rock your own actual mullet, or show us your strangely adorable pet tropical birds who for some reason look like they have a natural mullet, etc.), and send your video clip to the email address below (or a link to a downloadable clip). Sync placement/licensing for the song is also a goal (it kinda has to be when streaming pays a fraction of a penny per stream), and an instrumental version of the song can be made available on request.

Reach out with any questions!

SsasS is the brainchild of writer/producer Tom Sturm, aka Qid Phlash, who has written and played in several bands of nearly every genre, including with Yanni Difranco, Darth Mordor, Tag Sale, Birthmark, Southgoing Zax, Attila & the Mongol Horde, and Settie (who also appears on a SsasS track). The project is focused on dense, super-produced dance pop with some occasional cheek, and features various extremely talented female vocalists from across the Northeast U.S. and Europe including Settie, Amy Sullivan, Kylie Michelle and Mar Fayos, and most recently Violet Clark.