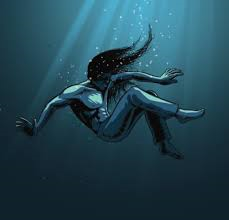 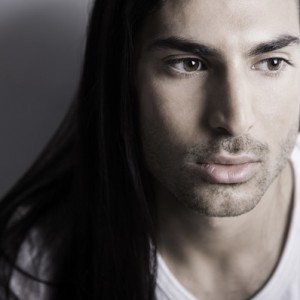 Elad Zabinski is a male indie-rock artist based out of Israel. This might just be the perfect locale to explore the in-depth realm of musical expression. His latest album “Moving to Wonderland” is a dark, melecholly, witty but boldly honest truthful collection of melodic rock that reveals all the a-typical conventions of alt-rock, creating a solid yet catchy album.

The first title track is an impressive kickoff statement. It does a great job of starting things off and gets one ready for what’s around the corner, which in itself presents a stunning 12 track line-up. As the album slowly runs the gamut it has much to offer in the way of melodic music and captivating vocals that make the listener feel like they’re in feature film by Quentin Teraatino. This also matches the brilliant comic book type artwork within the CD itself. Musical comparables include bands like Th Mindless Self Indulgence, Sum 41, Electric Six. Also I can hear Pop embellishments like from Philip Selway, The Bauhaus and even Julian to John Lennon. One cannot help but admire artists with strong songwriting skills and truthful conviction all the while demonstrating a strong a level of creativity. One senses a growing ambition as this album advances. Zabinski’s appealing vocals and “on the mark” songwriting leave a lasting impression and with intellectually stimulating lyrics provide a very real and powerful source of inspiration overall. Zabinski is one of those artists not afraid to put his toe into the truthful side of the pool shall we say. Some songs give you a sense of growth-wisdom and progressing maturity. The musicianship pulls out all the stops, and the overall production value tows the line. All in all a great set of songs. Notable standouts for me include: Nothing is Yet Undone, Underwater, I Wann’ be Your Secret, Crossroads, Jaime is a Superstar If you want a shock to the system via an easy-going pop-rock staple there’s something on this record for you. Obviously many will identify with Zabinski, and perhaps this is what fans will like about him.

Having said that this CD is for almost anyone as it caters to modern pop-folk listeners. Some of this plays into strong marketability. Some pieces present more modern sounding overtones but despite the flavor there are still traditional Rock n’ Folk textures from earlier eras. This is really what makes “Moving to Wonderland” so enticing to me personally. In this aspect Elad Zabinski is an impressive artist, and also grants you rare access to peer into the tormented soul of a gifted artist – from his brilliant perspective shall we say.