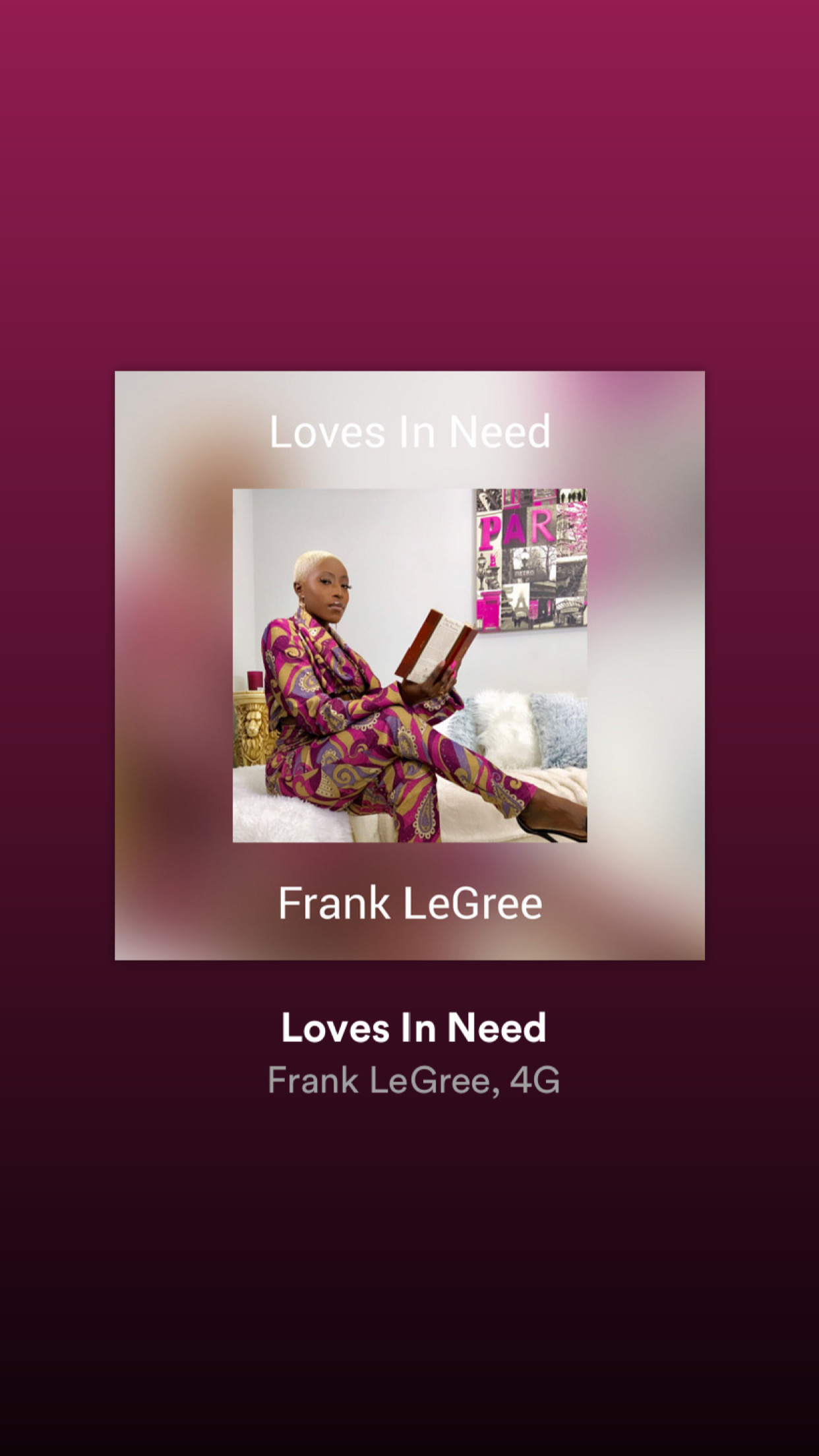 Buford, Georgia – April 19th, 2021 –  singer and songwriter Frank LeGree is all set to break through all barriers standing between him and success, as he carefully crafts creative and soulful musical compositions, showcasing his brilliance in the genres of R&B and Soul and Gospel.

Diligently creating music that blends and melds rousing Gospel music and lyricism within R&B beats, the  artist wishes to solidify his own identity in the fast-paced world of music. With the release of his new single, a cover of Stevie Wonder’s R&B sensation “Loves in need”, Frank LeGree puts on show rhythmic beats and music blended seamlessly with his powerful and piercing vocal prowess.

Having a penchant for merging and mixing the diverse genres of R&B, Jazz, Soul and Cabaret, Frank LeGree is a multi-genre sensation who enlivens and motivates with a dynamic vocal style, which accents the authentic and moving feel of Stevie Wonder himself. With “Loves in need”, the promising singer accentuates a varied and stunning vocal range and Jazz instrumentalism to fully encapsulate the beauty of the new single.

An anthem that is bound to touch the hearts and minds of many souls, the new single will continue the artist’s musical journey, which he last marked by the release of his single “Because You” and “Loves in Need in 2020, shedding light on the racial injustice that is prevalent in the United States.

“My mission is to bridge the gap with all races…[with] recently released a new single called ‘Loves in Need’’ says Frank LeGree regarding the release of his new cover release.

Check out his new single and learn more about Frank LeGree on the links below and/or reach out via the contact information for interviews, collaborations, and promotional access.

Up-and-coming singer and songwriter Frank LeGree was born in Atlanta, Georgia and is known for creating unique compositions. Marking a confluence of varying musical genres such as Gospel, Jazz R&B and Pop, the budding singer has a penchant for revitalizing classics. Having spent 20 years singing and teaching Music in Japan, Frank LeGree has had extensive experience traveling around the world and performing.

The iconic voice behind numerous advertisements, Frank LeGree has shared the stage with the iconic Stevie Wonder in Nagoya at Gary’s Motown Club, including performances at the famed Motown Café in Yokohama Japan  in 2001. Having released a cover of the classic from the Stylistics “I Can’t Give You Anything but my Love” in 2007 on the Sony Music Direct Label, Frank LeGree decided to cover and release his own versions for the world.