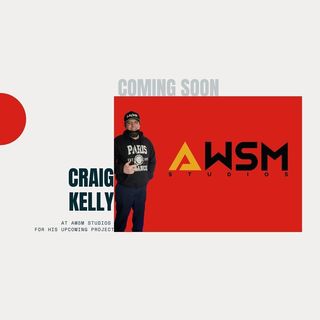 Overcoming homelessness, addiction and mental health issues for a promising career in rap/hip-hop

Surrey, British Columbia, Canada –  In the rapping game for over 15 years now, Kells The Ghost has released various mixtapes over the years, hosted by the likes of Nasty One, DJ Kris Styles and DJ Young Cee, and has performed at various shows. He overcame doubtful odds and tells his story through often grim, realistic storytelling. Only time will tell if this long awaited dream comes true. Notable shows include venues in Canada, as well as Georgia and South Carolina in the U.S.A. His biggest show to date remains on his home turf, at the CIS Basketball Championship show at the Halifax Metro Centre in 2010.

He writes all his lyrics himself, and every song comes from a personal place. “Better Days” reflects on his past and what the future could possibly hold. “Pain In Me”, which features the singer Constantine speaks of his experience of homelessness. Dedicated to his good friend, Harvey Gonzales, who recently passed away. Kells has directed all proceeds of the song to the Lookout Society in North Vancouver.

He also attempts to create lighter music. “Bumpin” is a track Kells The Ghosts hopes his audience can, “sit back and vibe to.” ‘Make It Or Jump’ is his upcoming feature album which Kells The Ghost believes showcases some of his best and hardest work. The album is symbolic of his struggle in the industry: almost 16 years in, Kells needs to decide if he will finally make it, or jump.

Kells The Ghost’s journey has been long and not without its struggles. He began rapping in 2004/5, creating simple beats, His friend, the talented rapper Dominic Caza, pushed him toward creating his own songs. It was when a local rapper/producer Octave took Kells under his wing that he felt his potential. “He made me perfect my flow and put me on the path that I am still following.” He said. Octave coached him on technique and pushed him to sharpen his talents to their best. With words that echo with the weight of his personal experiences set to hip hop and rap, Craig Kelly, aka Kells The Ghost is a rapper from Halifax, Canada. Dedicated to a fault, Kells The Ghost creates with an intensity that is palpable in his music. With almost 16 years of writing, composing, and rapping behind him, Kells looks forward to breaking through with the upcoming album “Make It Or Jump” which will prove as either the project that pushes him forward in this business or will end up serving as his curtain call, and final bow. “I’ve missed so much chasing this dream. Failure is not an option. When this project is finished it will get me where I need to be or I’ll start looking toward new horizons. At least I’ll leave with my head held high.”

Kells The Ghost has a livestream concerts in the works, with the top 3 donors receiving special gifts, for info check instagram.com/kells_the_ghost_902 or www.soundcloud.com/kells902

With words that echo with the weight of his personal experiences set to hip hop and rap, Craig Kelly, aka Kells The Ghost is a rapper from Halifax, Canada. Dedicated to a fault, Kells The Ghost creates with an intensity that is palpable in his music. With almost 16 years of writing, composing, and rapping behind him, Kells looks forward to breaking through in the industry with an indie record deal.