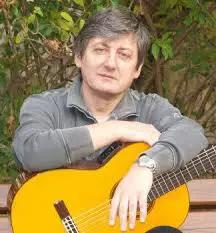 UK Artist With Sights Set On US

Inverness, United Kingdom – October 24, 2019 – Jacek Raganowicz is many things. A guitarist, composer, and leader of his band looking to head to the US and embark on a new journey with his jazz stylings.

When it comes to jazz music, Jacek Raganowicz combines all he knows and displays it wonderfully through a combination of guitar, melody, and rhythm. All of those elements come together and out pours Jacek Raganowicz’s technical efficiency. Throughout his career, his work has always been reminiscent of Pat Metheny or John McLaughlin. He’s been living for some time in the UK, but has his sights set on breaking into the US market.

Last year the Jacek Raganowicz Quartet features Jacek along with Robert Czech, Piotr Wojaczek, and Lukasz Walczak released Return to Myself. An album dedicated to bringing the world of smooth jazz to the homes of modern-day fans near and far with songs like “Talking with My Wife” and “The Lights of Stars.” He notes of his songwriting that he likes to make music that “the listener can hum and remember it after the first listening.”

With the album out now, Jacek Raganowicz hopes to head over to the US in Spring 2020 to promote himself and his music to a whole new audience. One can only take in so much through a record. He wants to connect with music fans around the globe and his first stop, he hopes, in the US.

About:
Jacek Raganowicz is a talented jazz musician with his sights set on the US market in 2020.