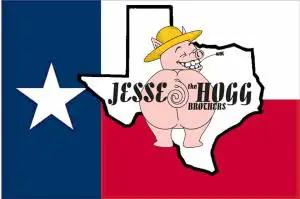 ‘Jesse and The Hogg Brothers Get Hammered’ Out February 20th

Medford, Massachusetts – January 22, 2020 – Jesse and The Hogg Brothers are fast approaching the release of not only their third album, ‘Jesse and The Hogg Brothers Get Hammered,’ but it’s also the first time their music will be dropped on vinyl. The engine is on, the wheels are turning, and we’re speeding towards the February 20, 2020 release date of the first family of Texas Cowpunk’s latest gem.

Along with the vinyl and album release, Jesse and The Hogg Brothers will also be featured on the Black & Blue Records 35-year compilation and will be releasing an EP later this year with lyrics and vocals in Spanish to give their international fans something special. They’ll also be packing their bags and heading west to Sin City for a record release show on February 20th. After that fans can catch them playing a handful of dates in late spring/early summer.

Pre-orders for ‘Jesse and The Hogg Brothers Get Hammered’ are available now.

Those interested in adding new Country Rock to their playlists, reviewing ‘Jesse and The Hogg Brothers Get Hammered,’ or interviewing the band can reach out via the information provided below.

For more information on Jesse and The Hogg Brothers, please visit: https://www.jesseandthehoggbrothers.com